Celebrating trans voices, we’re featuring our newest in trans memoirs at Howe Library! Check out the list below for both print and eBook titles. All titles available through the Howe Library. 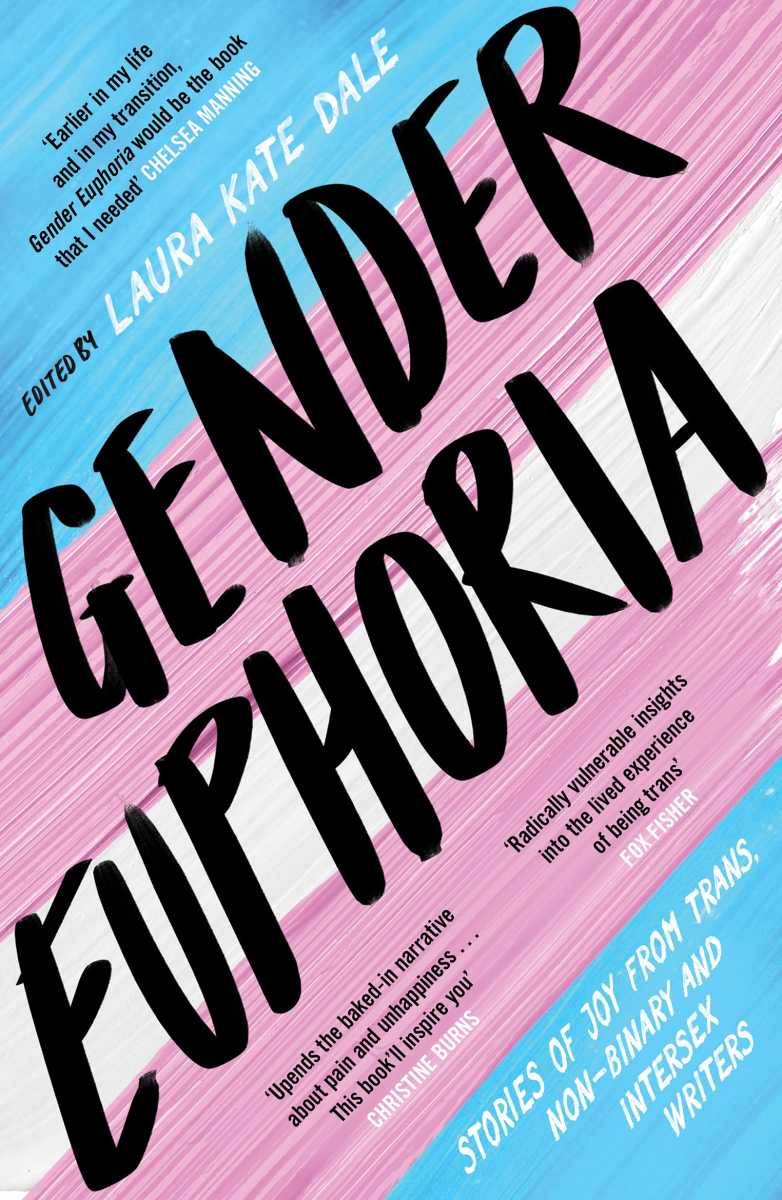 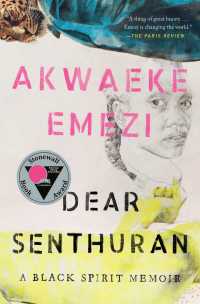 Dear Senthuran : a Black spirit memoir by Akwaeke Emezi
"In three critically acclaimed novels, Akwaeke Emezi has introduced readers to a landscape marked by familial tensions, Igbo belief systems, and a boundless search for what it means to be free. Now, in this extraordinary memoir, the bestselling author of The Death of Vivek Oji reveals the harrowing yet resolute truths of their own life. Through candid, intimate correspondence with friends, lovers, and family, Emezi traces the unfolding of a self and the unforgettable journey of a creative spirit stepping into power in the human world. Their story weaves through transformative decisions about their gender and body, their precipitous path to success as a writer, and the turmoil of relationships on an emotional, romantic, and spiritual plane, culminating in a book that is as tender as it is brutal. " 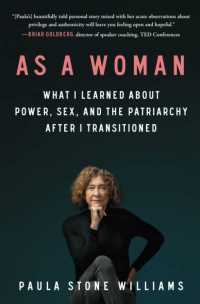 As a woman : what I learned about power, sex, and the patriarchy after I transitioned by Paula Stone Williams
"A moving and unforgettable memoir of a transgender pastor's journey from despair to joy as she transitioned from male to female and learned about gender inequity, at home and in the workplace-perfect for fans of Redefining Realness and There Is Room for You" 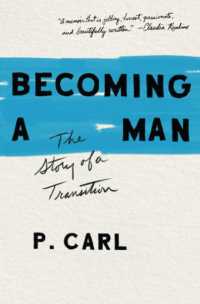 Becoming a man : the story of a transition by P. Carl
“Becoming a man is the account of P. Carl's journey to become the man he always knew himself to be. For fifty years he lived as a girl and a queer woman, building a career, a life, and a loving marriage, yet still waiting to realize himself in full. As Carl embarks on his two-year gender transition, he takes us inside the complex shifts and questions that arise throughout--the alternating moments of belonging and estrangement.” 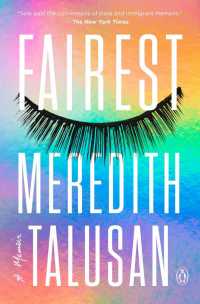 Fairest : a memoir by Meredith Talusan
“Fairest is a memoir about a precocious boy with albinism, a "sun child" from a rural Philippine village, who would grow up to become a woman in America. Coping with the strain of parental neglect and the elusive promise of U.S. citizenship, Talusan found comfort from her devoted grandmother, a grounding force as she was treated by others with special preference or public curiosity. As an immigrant to the United States, Talusan came to be perceived as white, and further access to elite circles of privilege but required Talusan to navigate through the complex spheres of race, class, sexuality, and queerness. Questioning the boundaries of gender, Talusan realized she did not want to be confined to a prescribed role as a man, and transitioned to become a woman, despite the risk of losing a man she deeply loved. Throughout her journey, Talusan shares poignant and powerful episodes of desirability and love that will remind readers of works such as Call Me By Your Name and Giovanni's Room. 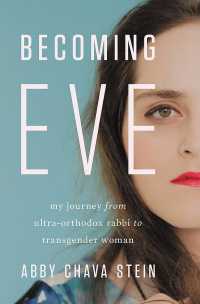 Becoming Eve : my journey from ultra-Orthodox rabbi to transgender woman by Abby Stein
"Abby Stein was raised in a Hasidic Jewish community in Brooklyn, profoundly isolated in a culture that lives according to the laws and practices of an eighteenth-century Eastern European enclave, speaking only Yiddish and Hebrew and shunning modern life. Stein was born as the first son in a rabbinical dynastic family, poised to become a leader of the next generation of Hasidic Jews. But Stein felt certain at a young age that she was a girl. Without access to TV or the internet, and never taught English, she suppressed her desire for a new body while looking for answers wherever she could find them, from forbidden religious texts to smuggled secular examinations of faith. Finally, she orchestrated a personal exodus from ultra-Orthodox manhood into mainstream femininity--a radical choice that forced her to leave her home, her family, and her way of life" 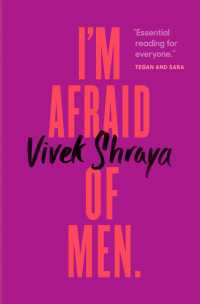 I'm afraid of men by Vivek Shraya
"A powerful meditation on the damaging effects of masculinity from a trans girl--a writer with celebrated indie roots and a knack for dismantling assumptions and challenging the status quo. Toxic masculinity takes many insidious forms, from misogyny and sexual harassment to homophobia, transphobia, and bullying. Vivek Shraya has firsthand experience with nearly all of them. As a boy, Vivek exhibited "feminine" qualities. The men in her life immediately and violently disapproved. They taught her to fear the word girl by turning it into a weapon used to hurt her. They taught her to hate her femininity, to destroy the best parts of herself. In order to survive, Vivek had to learn to convincingly perform masculinity. As a girl, she's still afraid. Having spent years undoing the damage and salvaging her lost girlhood, she is haunted by the violence of men, seldom dressing the way she wants in public. As a result she is often still perceived as male, stirring feelings of guilt and self-doubt: Am I not feminine enough? Is this my fault for striving to be the perfect man and excelling at it? I'm Afraid of Men is a culmination of the years Vivek spent observing men and creating her own version of manhood. Through deeply personal reflection, she offers a rare and multifaceted perspective on gender and a hopeful reimagining of masculinity at a time when it's needed more than ever." 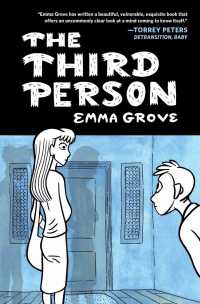 The third person by Emma Grove
"In the winter of 2004, a shy woman named Emma sits in Toby's office. She wants to share this wonderful new book she's reading, but Toby, her therapist, is concerned with other things. Emma is transgender, and has sought out Toby for approval for hormone replacement therapy. Emma has shown up at the therapy sessions as an outgoing, confident young woman named Katina, and a depressed, submissive workaholic named Ed. She has little or no memory of her actions when presenting as these other two people. And then Toby asks about her childhood. As the story unfolds, we discover clues to Emma's troubled past, and how and why these other two people may have come into existence. As Toby juggles treating three separate people, each with their own unique personalities and memories, he begins to wonder if Emma is merely acting out to get attention, or if she actually has Dissociative Identity Disorder. Is she just a troubled woman in need of help? And is "the third person" in her brain protecting her or derailing her chances of ever finding peace?” 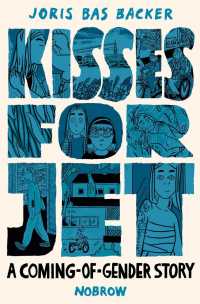 Kisses for Jet : a coming-of-gender story by Joris Bas Backer; translated by Ameera Rajabali
"Like most teenagers in the 90s, Jet is obsessed with Kurt Cobain, which helps them get through boarding at the international school their parents have sent them to in the Netherlands. Jet is very shy, and fitting in poses enough challenges as is. New feelings are starting to emerge as Jet and best friend Sasha turn their attention away from their beloved grunge idols to real guys, and the pressures of being in a lawless, chaotic school start to take their toll. But something is wrong. Jet slowly begins to realize that they may be more of a boy than a girl. But is that possible? And who do they talk to about these feelings when there's no internet around to guide them? Discover how Jet deals with the questions that come from being a teenager and how to grow into the person you were meant to be, in this intimate, exploratory, coming-of-gender graphic novel from new talent Joris Bas Backer." 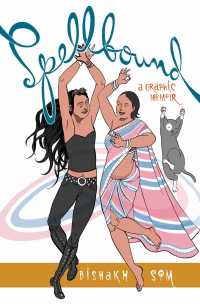 Spellbound : a graphic memoir by Bishakh Som
"The meticulous artwork of transgender artist Bishakh Som gives us the rare opportunity to see the world through another lens. The exquisite graphic novel memoir by a transgender artist, explores the concept of identity by inviting the reader to view the author moving through life as she would have us see her, that is, as she sees herself. Framed with a candid autobiographical narrative, this book gives us the opportunity to enter into the author's daily life and explore her thoughts on themes of gender and sexuality, memory and urbanism, love and loss." 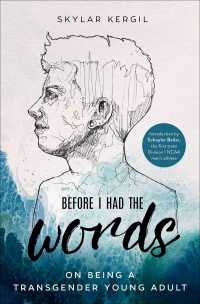 Before I had the words : on being a transgender young adult by Skylar Kergil
“At the beginning of his physical transition from female to male, then-seventeen-year-old Skylar Kergil posted his first video on YouTube. In the months and years that followed, he recorded weekly update videos about the physical and emotional changes he experienced. Skylar's openness and positivity attracted thousands of viewers, who followed along as his voice deepened and his body changed shape. Through surgeries and recovery, highs and lows, from high school to college to the real world, Skylar welcomed others on his journey. Before I Had the Words is the story of what came before the videos and what happened behind the scenes. From early childhood memories to the changes and confusion brought by adolescence, Skylar reflects on coming of age while struggling to understand his gender. As humorous as it is heartbreaking and as informative as it is entertaining, this memoir provides an intimate look at the experience of transitioning from one gender to another. Skylar opens up about the long path to gaining his family's acceptance and to accepting himself, sharing stories along the way about smaller challenges like choosing a new name and learning to shave without eyebrow mishaps. Revealing entries from the author's personal journals as well as interviews with his mother, brother, and friends lend remarkable depth to Skylar's story. A groundbreaking chronicle of change, loss, discovery, pain, and relief, Before I Had the Words brings new meaning to the phrase ‘formative years.’” 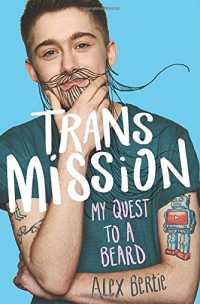 Trans mission : my quest to a beard by Alex Bertie
"A brave firsthand account of author Alex Bertie's life, struggles, and victories as a transgender teen, and a guide for transitioning teens"