Celebrate Native American Heritage month with these must-read books available at Howe or online as eBooks. 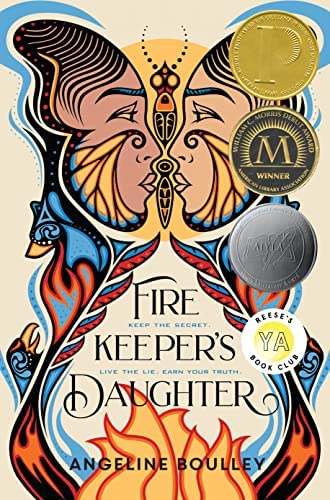 Firekeeper's daughter by Angeline Boulley
"Daunis Fontaine has never quite fit in, either in her hometown or on the nearby Ojibwe reservation. She dreams of college, but when her family is struck by tragedy she puts her future on hold to care for her fragile mother. The only bright spot is meeting Jamie, a new recruit on her brother Levi's hockey team. When Daunis witnesses a shocking murder, she reluctantly agrees to go undercover, drawing on her knowledge of chemistry and Ojibwe traditional medicine to track down the source of a new drug. How far will she go to protect her community, if it threatens to tear apart the only world she's ever known?" 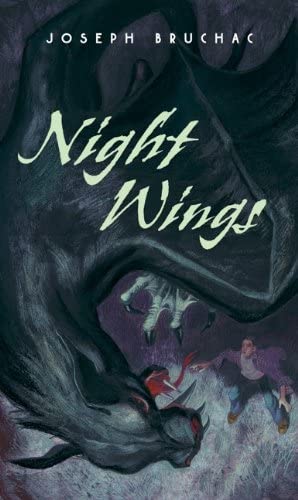 Night wings by Joseph Bruchac
"My dream from last night haunts me. I am still running, still trying to hide from something I cannot see. I know that it sees me with eyes that can pierce the darkness. I know that it hungers to take my life. Paul has always believed in the power of dreams. He knows that they are often warnings. Warnings that should be taken very seriously. Now his nightmare visions of a predatory winged creature are becoming all too real. And though Paul has always depended on the wisdom of his Abenaki ancestors' stories to guide his footsteps, no monster tale could have prepared him for what he is about to encounter, alone, at the top of one of the most dangerous mountains in the world." 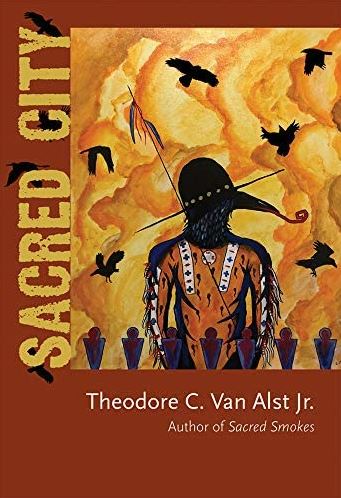 Sacred city by Theodore C. Van Alst Jr.
"Chicago: home to urban Indians and immigrants and working folks and the whole gamut of people getting by in a world that doesn't care whether they do so or not. Sacred City is an incomparable follow-up to Van Alst's award-winning debut collection, Sacred Smokes. Our young narrator now heads deeper into the heart of the city and himself, accompanied by ancestors and spirits who help him and the reader see that Chicago was, is, and always will be Indian Country. Part love song and part lament, Sacred City explores what options are available to an intelligent, smart-assed young man who was born poor and grew up in a gang. Van Alst's skillful storytelling takes us on a journey where Chicago will never seem the same." 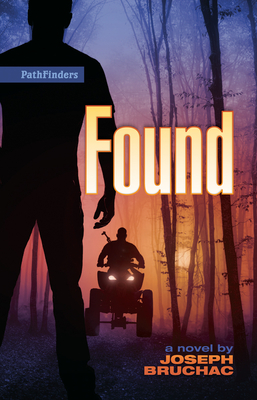 Found by Joseph Bruchac
"A teenage survival expert finds all his skills tested as he's pursued through the Canadian wilderness by men determined to silence him. On his way to teach at Camp Seven Generations, a Native outdoor school, Nick witnesses a murder and then is thrown off a train. Remembering and using the teachings of his Abenaki Elders will prove to be the difference between life and death for him. Although his pursuers have modern technology to help them, Nick has something even more useful. In addition to the skills he's learned, he has an ally in the natural world around him. Found, like the famous story "The Most Dangerous Game," is a tale that focuses on being hunted until a way can be found to become the hunter." 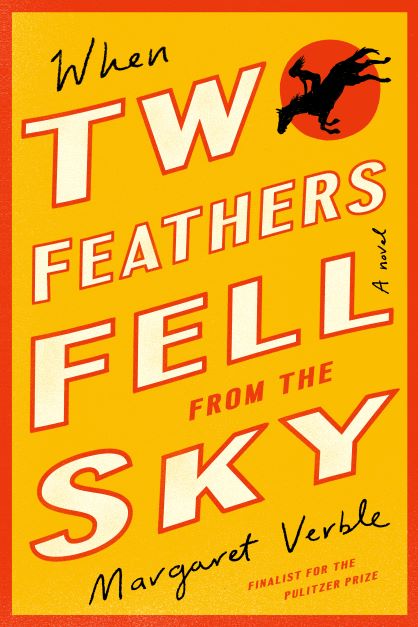 When Two Feathers fell from the sky by Margaret Verble
"A deliciously strange and daringly original novel from Pulitzer Prize finalist Margaret Verble: set in 1926 Nashville, it follows a death-defying young Cherokee horse-diver who, with her companions from the Glendale Park Zoo, must get to the bottom of a mystery that spans centuries. Two Feathers, a young Cherokee horse-diver on loan to Glendale Park Zoo from a Wild West show, is determined to find her own way in the world. Two's closest friend at Glendale is Hank Crawford, who loves horses almost as much as she does. He is part of a high-achieving, land-owning Black family. Neither Two nor Hank fit easily into the highly segregated society of 1920s Nashville. When disaster strikes during one of Two's shows, strange things start to happen at the park. Vestiges of the ancient past begin to surface, apparitions appear, and then the hippo falls mysteriously ill. At the same time, Two dodges her unsettling, lurking admirer and bonds with Clive, Glendale's zookeeper and a World War I veteran, who is haunted--literally--by horrific memories of war. To get to the bottom of it, an eclectic cast of park performers, employees, and even the wealthy stakeholders must come together, making When Two Feathers Fell from the Sky an unforgettable and irresistible tale of exotic animals, lingering spirits, and unexpected friendship." 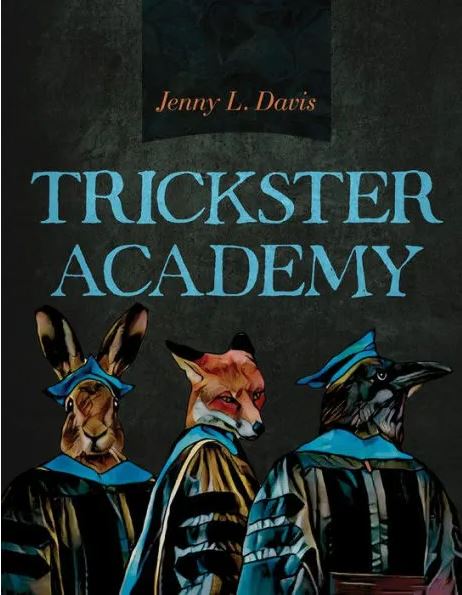 Trickster Academy by Jenny L. Davis
"Trickster Academy is a collection of poems that explore being Native in Academia--from land acknowledgement statements, to mascots, to the histories of using Native American remains in anthropology. Jenny L. Davis' collection brings humor and uncomfortable realities together in order to challenge the academy and discuss the experience of being Indigenous in university classrooms and campuses. Organized around the premise of the Trickster Academy-- a university space run by, and meant for training, Tricksters-- this collection moves between the personal dynamics of a Two-Spirit/queer Indigenous woman in spaces where there are few, if any, others and a Trickster's critique of those same spaces. Trickster Academy is playful at times, yet more complicated and salient issues are at the heart of these poems. Davis' Trickster Academy deeply challenges the institutions that still hold Indigenous remains in their archives and storage rooms, and the insincerities of the academy when it comes to acknowledging Indigenous peoples. The realities that the poems in Trickster Academy address are not only relevant to people in academic positions. From leaving home, to being the only Indian in the room, to having to deal with the constant pressures to being a 'real Indian', these poems illuminate the shared experiences of Indians across many regions, and all of us who live amongst Tricksters." 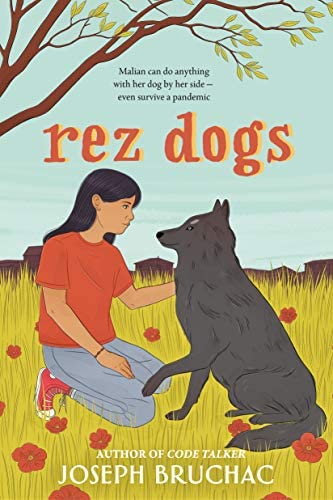 Rez dogs by Joseph Bruchac
"Malian loves spending time with her grandparents at their home on a Wabanaki reservation. She's there for a visit when, suddenly, all travel shuts down. There's a new virus making people sick, and Malian will have to stay with her grandparents for the duration. Everyone is worried about the pandemic, but Malian knows how to keep her family and community safe: She protects her grandparents, and they protect her. She doesn't go outside to play with friends, she helps her grandparents use video chat, and she listens to and learns from their stories. And when Malsum, one of the dogs living on the rez, shows up at their door, Malian's family knows that he'll protect them too. Told in verse inspired by oral storytelling, this novel about the COVID-19 pandemic highlights the ways Malian's community has cared for one another through plagues of the past, and how they keep caring for one another today." 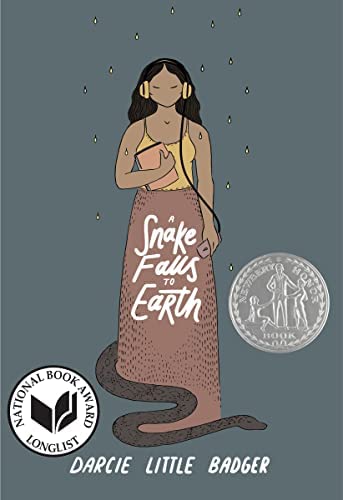 A snake falls to Earth by Darcie Little Badger
"Nina is a Lipan girl in our world. She's always felt there was something more out there. She still believes in the old stories. Oli is a cottonmouth kid, from the land of spirits and monsters. Like all cottonmouths, he's been cast from home. He's found a new one on the banks of the bottomless lake. Nina and Oli have no idea the other exists. But a catastrophic event on Earth, and a strange sickness that befalls Oli's best friend, will drive their worlds together in ways they haven't been in centuries. And there are some who will kill to keep them apart"