Enjoy reading Magical Realism? Check out these new additions to the genre at Howe Library. 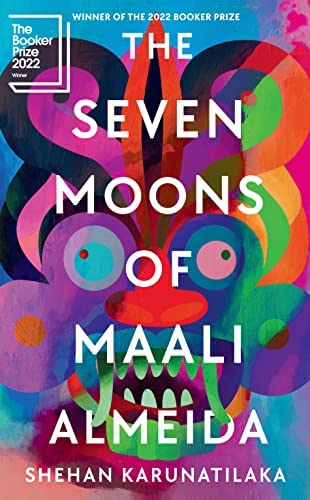 The seven moons of Maali Almeida by Shehan Karunatilaka
“Winner of the 2022 Booker Prize, The Seven Moons of Maali Almeida is a searing satire set amid the mayhem of the Sri Lankan civil war. Colombo, 1990. Maali Almeida--war photographer, gambler, and closet queen--has woken up dead in what seems like a celestial visa office. His dismembered body is sinking in the serene Beira Lake and he has no idea who killed him. In a country where scores are settled by death squads, suicide bombers, and hired goons, the list of suspects is depressingly long, as the ghouls and ghosts with grudges who cluster round can attest. But even in the afterlife, time is running out for Maali. He has seven moons to contact the man and woman he loves most and lead them to the photos that will rock Sri Lanka. Ten years after his prize-winning novel Chinaman established him as one of Sri Lanka's foremost authors, Shehan Karunatilaka is back with a thrilling satire" 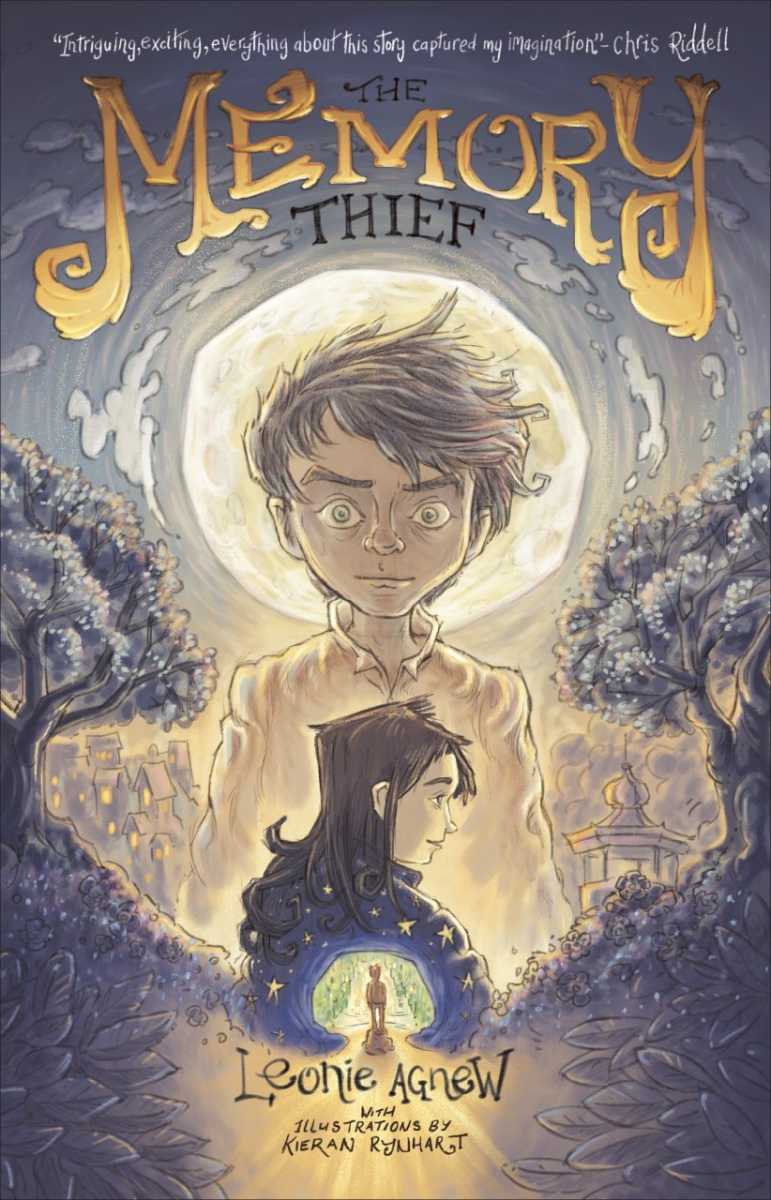 The memory thief by Leonie Agnew ; with illustrations by Kieran Rynhart
“Seth has been trapped behind the iron bars of the public gardens for as long as he can remember. By day he's frozen as a statue of a shepherd boy, but as soon as the sun sets he roams the park, ravenously hungry. He is a troll, and the food he seeks is human memories. Then he meets Stella. There's something so different about her - Seth doesn't want her memories. He simply wants to talk to her. But there's someone else in the garden who sees Stella as a threat...and a meal ... What is Stella trying to forget? What are the memories that Seth is piecing together? And will he ever escape the lonely garden and start truly living?” 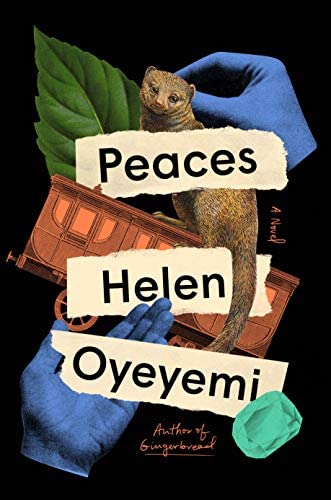 Peaces by Helen Oyeyemi
“When Otto and Xavier Shin declare their love, an aunt gifts them a trip on a sleeper train to mark their new commitment - and to get them out of her house. Setting off with their pet mongoose, Otto and Xavier arrive at their sleepy local train station, but quickly deduce that The Lucky Day is no ordinary locomotive. Their trip on this former tea-smuggling train has been curated beyond their wildest imaginations, complete with mysterious and welcoming touches, like ingredients for their favorite breakfast. They seem to be the only people onboard, until Otto discovers a secretive woman who issues a surprising message. As further clues and questions pile up, and the trip upends everything they thought they knew, Otto and Xavier begin to see connections to their own pasts, connections that now bind them together.” 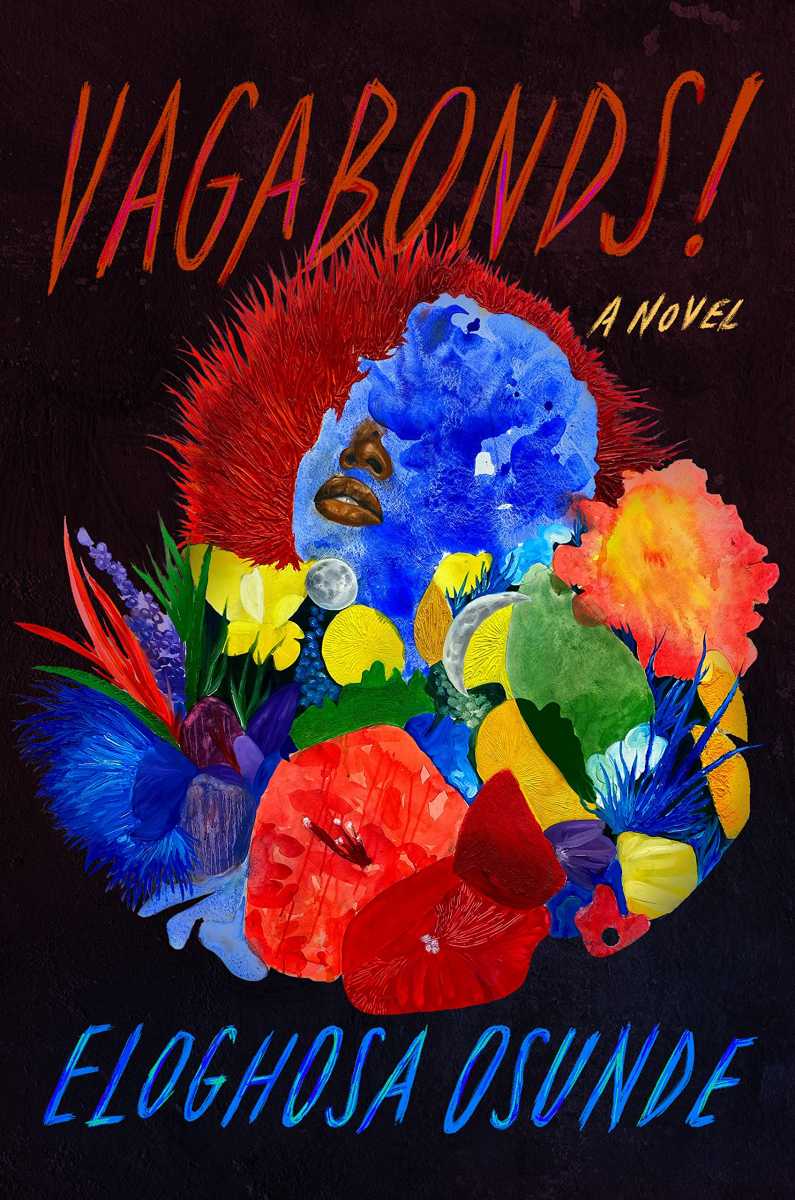 Vagabonds! by Eloghosa Osunde
“In Nigeria, vagabonds are those whose existence is literally outlawed: the poor, the queer, the drivers and dancers, the abused and displaced and vulnerable. Blending unvarnished realism with myth and fantasy, Vagabonds! traces characters for whom life itself is a form of resistance: a driver for a debauched politician; a fashion designer who gives birth to a grown daughter; a lesbian couple; a wife and mother trying to escape from her violent husband. As their lives intertwine--in bustling markets and underground clubs, churches and hotel rooms--they are seized and challenged by spirits who command the city's dark energy. Whether running from danger, meeting with secret lovers, finding their identities, or vanquishing their demons, these characters confront and support one another, before converging one night for the once-in-a-lifetime gathering at the book's conclusion.” 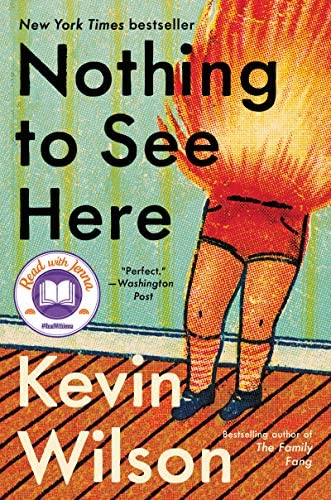 Nothing to see here by Kevin Wilson
“Lillian and Madison were unlikely, yet inseparable friends at their boarding school. Then Lillian had to leave the school unexpectedly in the wake of a scandal, and they have barely spoken since. Years later, Lillian gets a letter from Madison pleading for her help. Madison's twin stepkids are moving in, and she wants Lillian to be their caretaker. However, there's a catch: the twins spontaneously combust when they get agitated. Lillian is convinced Madison is pulling her leg, but it's the truth. Thinking of the life that has consistently disappointed her, Lillian figures she has nothing to lose. Over the course of one demanding summer, Lillian and the twins learn to trust each other while also staying out of the way of Madison's uptight husband. Surprised by her intense feelings of protectiveness she feels for them, Lillian ultimately begins to accept that she needs these strange children as much as they need her. Could this be the start of the amazing life she'd always hoped for?” 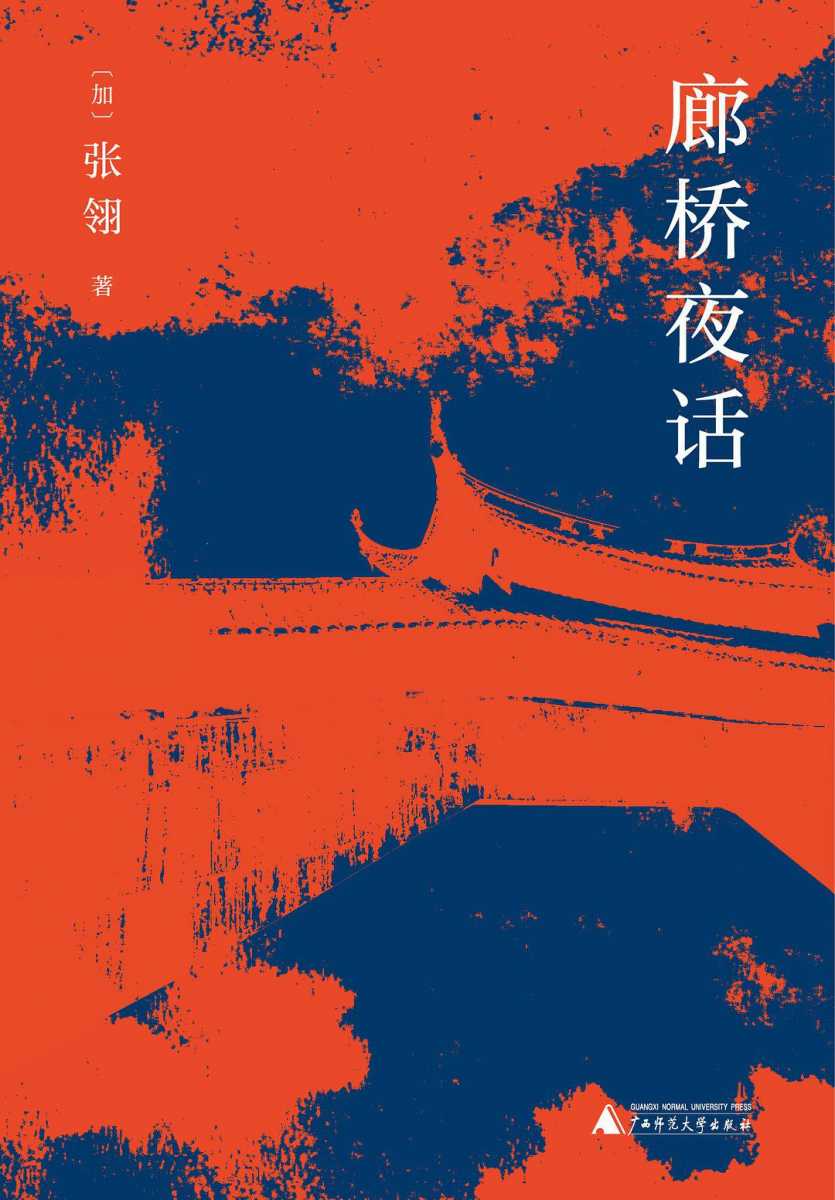 廊桥夜话 Lang qiao ye hua by (Jia) Zhang Ling zhu
“Wujinshi Village has a distinctive green color, but it also has poverty that is difficult to escape. Here live three generations of women of the Yang family. Li Yuejiao took advantage of the darkness and ran away twice, but both times she came back by herself, for the sake of the children Agui and Ayi. When her mother-in-law was young, she ran away three times in ten years. Because she was sure that no matter how beautiful the landscape was, she couldn't stay poor", so she watched her daughter-in-law carefully and controlled the home. Ah Zhu, from Vietnam, keeps defending himself with lies, but returning to his hometown won't happen. "Covered Bridge" is not only the central landmark, but also the core image, which connects history, present and future. This is a thought-provoking masterpiece of realism." 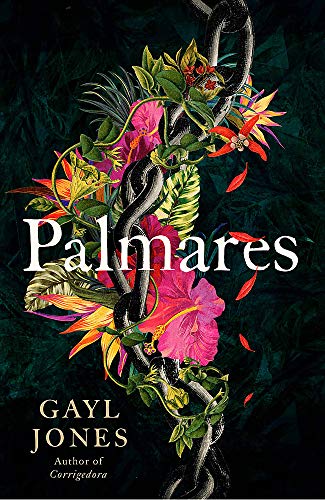 Palmares by Gayl Jones
“The epic rendering of a Black woman's journey through slavery and liberation, set in 17th-century colonial Brazil. Palmares" recounts the journey of Almeyda, a Black slave girl who comes of age on Portuguese plantations and escapes to a fugitive slave settlement called Palmares. Following its destruction, Almeyda embarks on a journey across colonial Brazil to find her husband lost in battle. Her story brings to life a world impacted by greed, conquest, and colonial desire. She encounters a mad lexicographer, desperate to avoid military service; a village that praises a god living in a nearby cave; and a medicine woman who offers great magic, at a greater price." 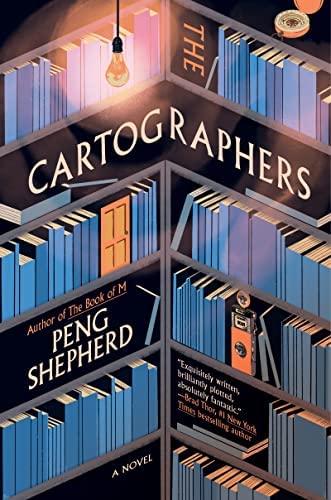 The cartographers : a novel by Peng Shepherd
“From the critically acclaimed author of The Book of M, a highly imaginative thriller about a young woman who discovers that a strange map in her deceased father's belongings holds an incredible, deadly secret--one that will lead her on an extraordinary adventure and to the truth about her family's dark history. What is the purpose of a map? Nell Young's whole life and greatest passion is cartography. Her father, Dr. Daniel Young, is a legend in the field and Nell's personal hero. But she hasn't seen or spoken to him ever since he cruelly fired her and destroyed her reputation after an argument over an old, cheap gas station highway map. But when Dr. Young is found dead in his office at the New York Public Library, with the very same seemingly worthless map hidden in his desk, Nell can't resist investigating. To her surprise, she soon discovers that the map is incredibly valuable and exceedingly rare. In fact, she may now have the only copy left in existence... because a mysterious collector has been hunting down and destroying every last one--along with anyone who gets in the way. But why? To answer that question, Nell embarks on a dangerous journey to reveal a dark family secret and discovers the true power that lies in maps... Perfect for fans of Joe Hill and V. E. Schwab, The Cartographers is an ode to art and science, history and magic--a spectacularly imaginative, modern story about an ancient craft and places still undiscovered.” 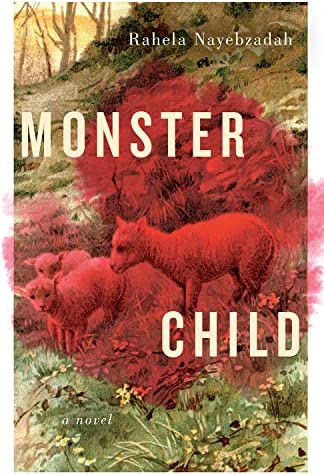 Monster child : a novel by Rahela Nayebzadah
“In a powerful debut novel author Rahela Nayebzadah introduces three unforgettable characters, Beh, Shabnam and Alif. In a world swirling with secrets, racism and a touch of magic we watch through the eyes of these three children as Nayebzadah's family of Afghan immigrants try to find their way in an often uncaring society. But as a sexual assault on thirteen-year-old Beh unleashes the past and destroys the family the reader is left wondering who is the monster child? Is it Beh, who says she is called a disease? Is it Shabnam, who cries tears of blood? Is it Alif, who in the end declares We are a family of monsters"? Or are the monsters all around us?" 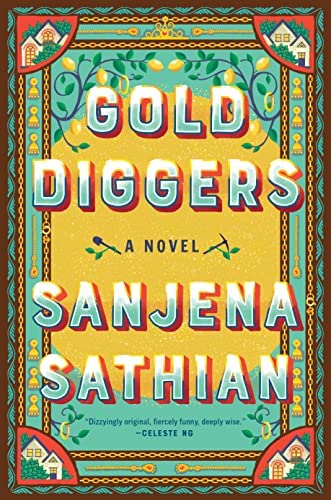 Gold diggers by Sanjena Sathian
“A floundering second-generation teenager growing up in the Bush-era Atlanta suburbs, Neil Narayan is authentic, funny, and smart. He just doesn't share the same drive as everyone around him. His perfect older sister is headed to Duke. His parents' expectations for him are just as high. He tries to want this version of success, but mostly, Neil just wants his neighbor across the cul-de-sac, Anita Dayal. But Anita has a secret: she and her mother Anjali have been brewing an ancient alchemical potion from stolen gold that harnesses the ambition of the jewelry's original owner. Anjali's own mother in Bombay didn't waste the precious potion on her daughter, favoring her sons instead. Anita, on the other hand, just needs a little boost to get into Harvard. But when Neil - who needs a whole lot more - joins in the plot, events spiral into a tragedy that rips their community apart. Ten years later, Neil is an oft-stoned Berkeley history grad student studying the California gold rush. His high school cohort has migrated to Silicon Valley, where he reunites with Anita and resurrects their old habit of gold theft - only now, the stakes are higher. Anita's mother is in trouble, and only gold can save her. Anita and Neil must pull off one last heist.”