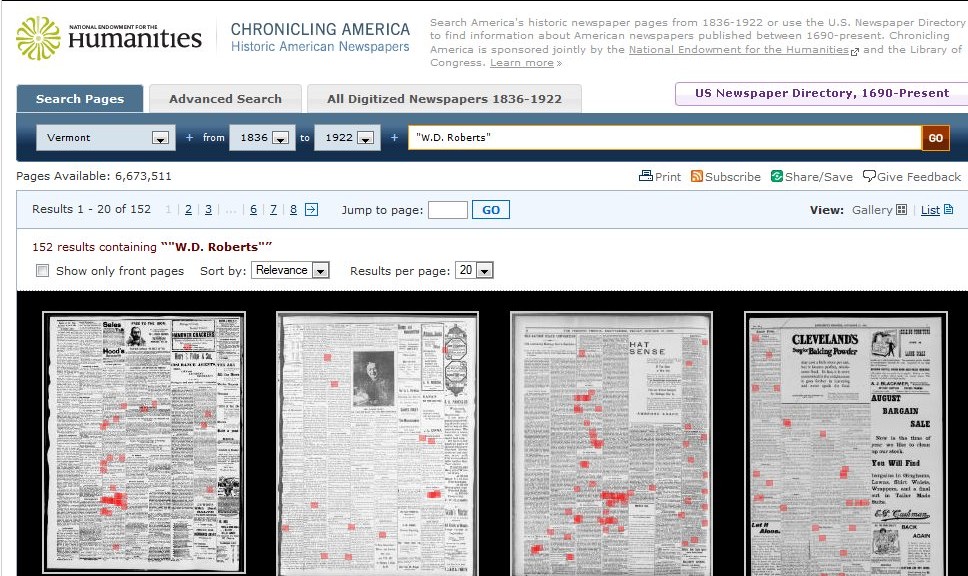 The search for ancestors, while generally rewarding, can be difficult and time-consuming; as an amateur genealogist I can attest to this. For genealogy research, certainly, historic newspapers contain a wealth of information about relatives, for newspapers can include local news, marriages and deaths, participant lists (military recruitment lists, organizations, meetings, parties), advertisements, social and political functions, local individual updates (e.g., “Mrs. William Johnson received her parents this past Wednesday”–these may or may not be helpful!), and legal notices (deeds, court happenings, divorces, estates). This is, if you can find it amid hundreds of thousands of pages. Generally, this has often meant hours of scanning newspaper microfilm or going through actual newspapers at a historical society or library.

Thankfully, Chronicling America provides an online platform for searching historic newspapers from across the United States. Chronicling America is an accessible and free search tool that greatly eases the search of newspapers for traces of the past. Currently, thirty-eight states, including Vermont, have over 6.6 million pages from 1,105 newspapers available for search on the website from the years of 1836-1922. END_OF_DOCUMENT_TOKEN_TO_BE_REPLACED 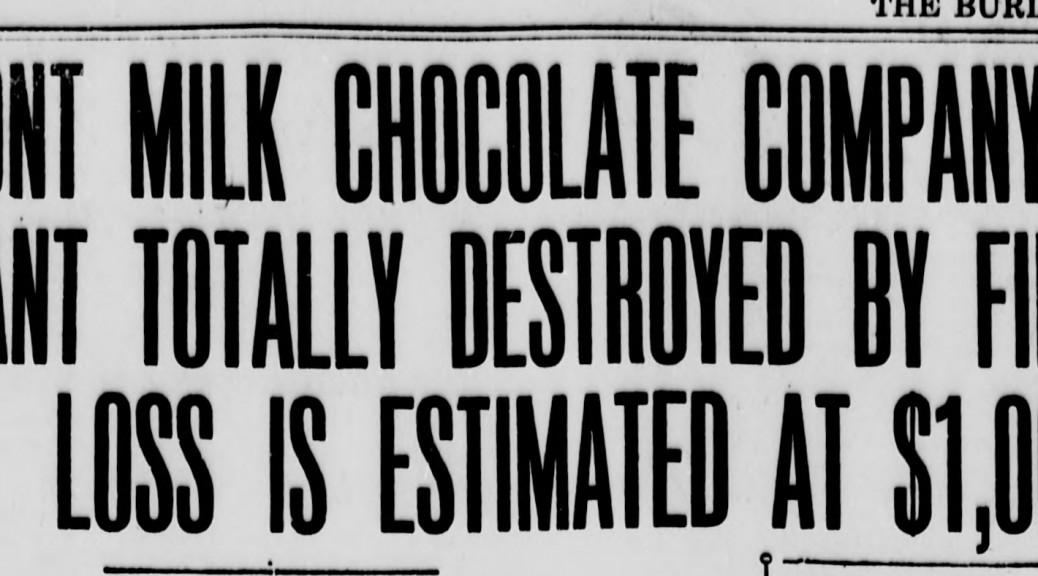 Periodically, we’ll be interviewing researchers and showcasing projects that are using content from Vermont historical newspapers on Chronicling America.

Our first interviewee is Frances Gubler, a graduate historic preservation student at the University of Vermont, who has been conducting research this fall on historic industrial and manufacturing buildings on Flynn 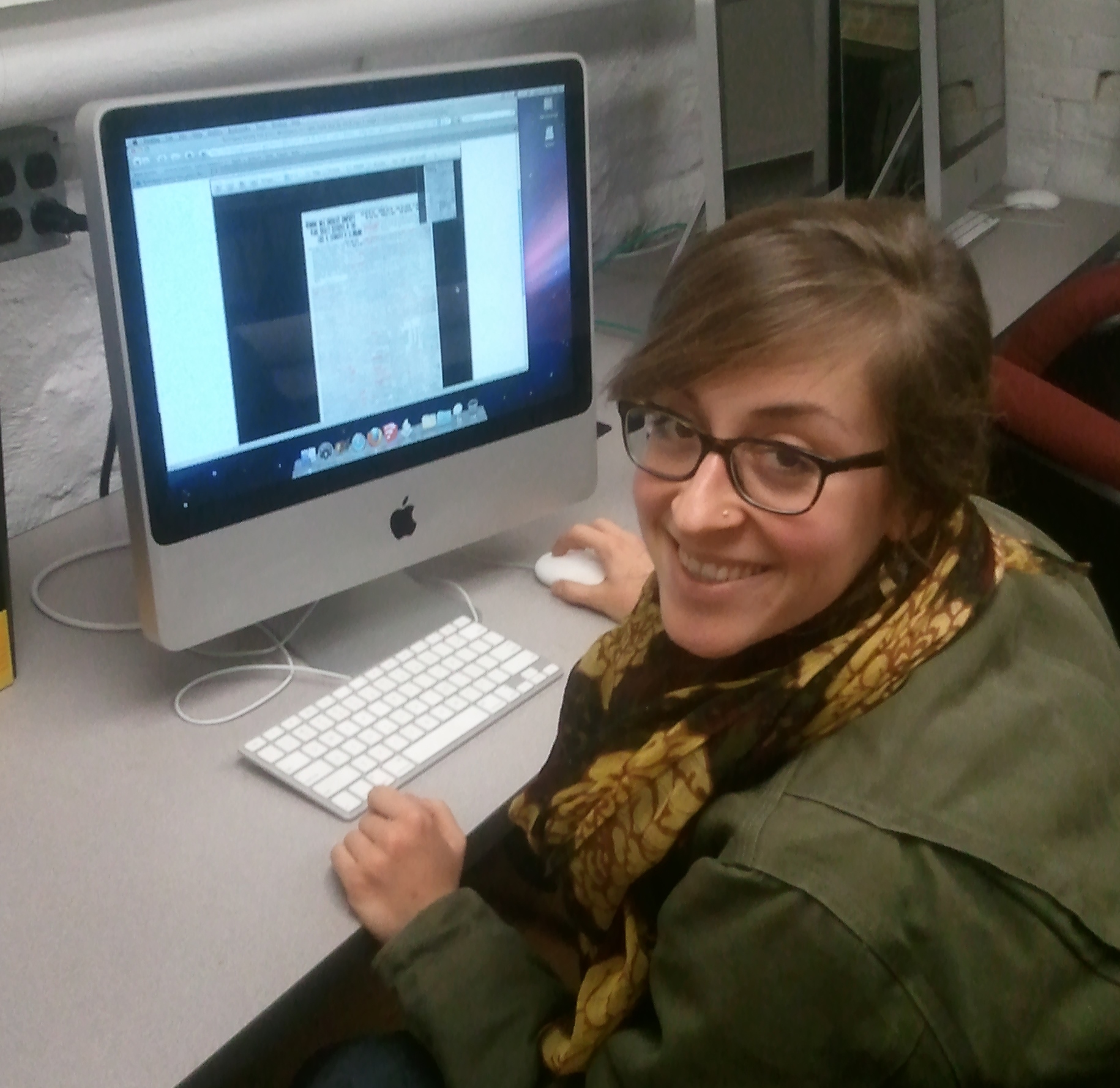 Avenue in Burlington, Vermont, as part of a class research project. Fran graciously agreed to meet and share some of her newspaper findings. 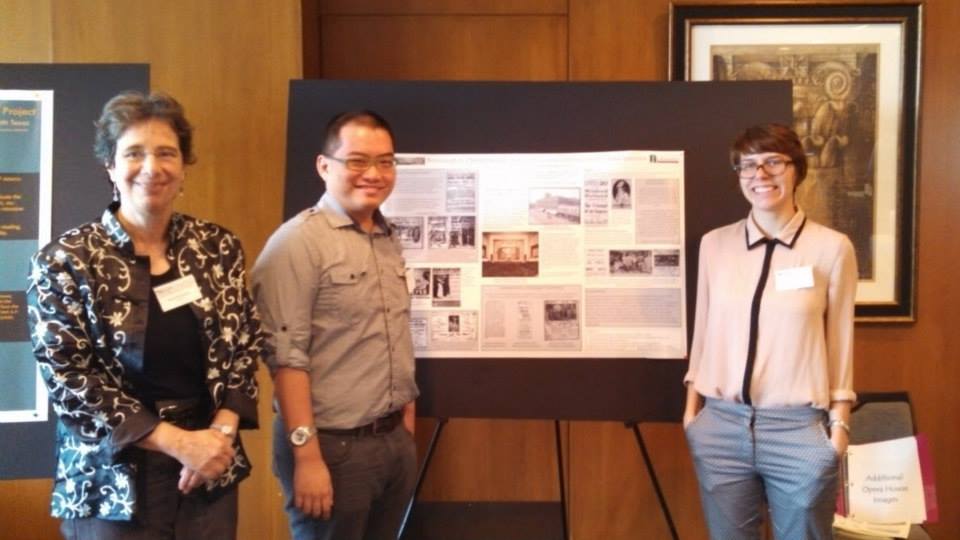 This article provides a detailed overview of the VTDNP as a state partner in the National Digital Newspaper Program (NDNP). Institutional partnerships and the engagement of committed individuals serve as a foundation to the VTDNP and provide an avenue to expand state-wide infrastructures to accommodate large-scale microfilm-to-digital conversion and preservation efforts. Through collaboration and outreach, project partners select and digitize historical newspapers on microfilm that were published between 1836 and 1922. The content is archived by LC and made freely available through the website Chronicling America. A detailed bibliography is included.

The Abolitionists has been airing this month in three parts on PBS’ American Experience series – Tuesdays, January 8th, 15th, and 22nd, 2013 from 9-10.

The Abolitionists is a fascinating documentary that features extracts from many archives and yes, many newspaper headlines and articles. These primary resource materials from the nineteenth century figure prominently.

The National Endowment for the Humanities provided major funding for The Abolitionists.  The Library of Congress and its Chronicling America website, and numerous other archival and cultural heritage organizations contributed to the development and creation of The Abolitionists.

In August 2012, the VTDNP was contacted by Tiffany Hagger – one of the researchers working on The Abolitionists.  She wrote to request a high resolution image of a page containing the newspaper article “California and Slavery”from the Burlington Free Press, Mar. 1, 1850 (p.2) to use in the documentary.  She had discovered the article on the Chronicling America website.  VTDNP was pleased to play a small role in contributing this image for inclusion in The Abolitionists.

If viewing The Abolitionists on the Internet or on the DVD, you can use the time or chapter index feature to see the Burlington Free Press “California and Slavery” headline that begins “Chapter 12 – The Great Compromise,” – at approximately 1:25 into the video.  The camera lingers on the Burlington Free Press banner and article headline “California and Slavery,” and then scrolls down to zoom in on the text, “the Union is not worth preserving” while a voice-over introduces the question of territories acquired after the Mexican-American War and the debate surrounding California joining the union as a free state, along with other circumstances leading to the “Great Compromise” of 1850. 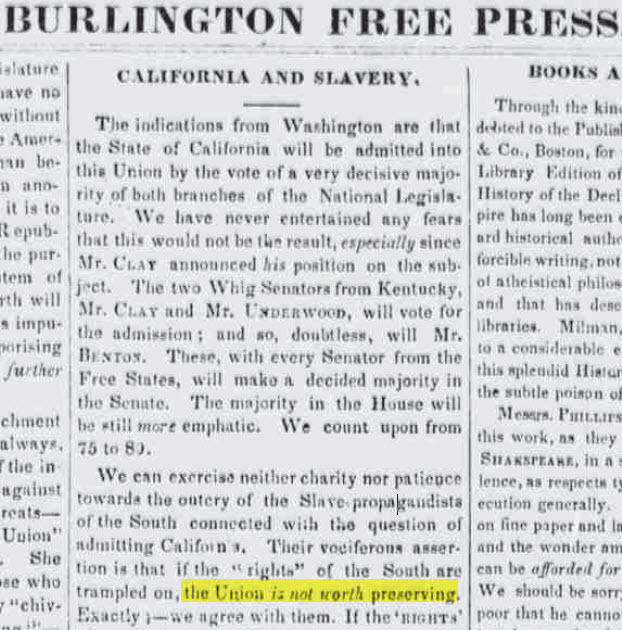 And don’t forget to watch The Abolitionists !
It is a compelling and well-done documentary, and part of our nation’s history.