THE LIBRARY IS CLOSED

Library Hours for Tuesday, May 26th 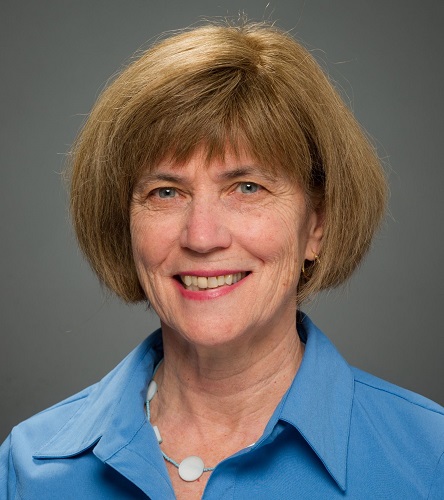 After 16 years as Director, Marianne Burke will retire from the Dana Medical Library Friday, March 30th. At UVM, she oversaw 2 library moves, one to the Given Courtyard, the library’s temporary location during the construction of the current Medical Education building, and the move to the new library in 2005. She has seen the library renovated several times since, most recently last year with the construction of the new Larner Learning Commons. There have also been 2 separate occasions of flooding in the library which she handled with grace and humor.

Marianne graduated with a B.A. from California State University in Los Angeles in 1975 and then with an M.A. in Librarianship and Information Management from the University of Denver in 1980. She also received the Academy of Health Information Professionals (AHIP) certification in 1995, and was recertified at the Distinguished level in 2000.

Before coming to Dana Medical Library, Marianne worked as the Assistant Director for Resource Management at the Countway Library of Medicine at the Harvard Medical School from 1992 to 2001. Prior to her appointment at Harvard, Marianne held positions of increasing responsibility at Boston Library Consortium (1988 – 1992) and University of Colorado Libraries (1981 – 1988), among others. At the University of Vermont, she has established herself as a contributing member of the UVM Medical Community and has served well as medical library ambassador to students, faculty, administrators, and affiliates.  She has taught and advised, held positions on many committees, published papers, and presented frequently over the years.

She is currently completing her PhD in Clinical and Translational Science at UVM. Though we will be saying goodbye to Marianne as Director, she will be returning to the library as a student. We look forward to seeing her in and around the health science complex.

In a speech at her retirement party last week, Kate Bright said,

“What I’ve seen in the short time that I’ve been here is Marianne’s unerring dedication to the library. She has a love for Dana and a commitment to it that is steadfast. She is dedicated to representing the library professionally, she is not afraid to fight for what the library needs, she sees the value in inclusivity and stands as a good advocate for the community that has been built here.”

We wish Marianne well in her future endeavors!