This past month the Library of Congress added four batches of newspaper pages from Vermont including the much-anticipated Italian language newspaper, Cronaca Sovversiva.

Here are links to new content and new titles available as of today, May 7, 2014:

The Library of Congress picked an article from The Caledonian (St. Johnsbury, VT) to commemorate the event:

On Nov. 19, 1863, President Abraham Lincoln presided over the dedication of a new National Cemetery at Gettysburg, PA, site of one of the most destructive battles of the Civil War (see the Chronicling America Topics Page on the Battle of Gettysburg – http://www.loc.gov/rr/news/topics/gettysburg.html – to explore further). The Caledonian (St. Johnsbury, VT) joined other newspapers across the country in describing the events of the day for its readers, including reprinting Lincoln’s now famous speech beginning with “Four score and seven years ago…” The speech was described as “a perfect gem,” “unexpected in its verbal perfection and beauty….” Read more about it!

In the spring of 1919, William Dudley Pelley, the owner and editor of St. Johnsbury’s Evening Caledonian, took the unusual step of listing all of the paper’s staff on the masthead, under the heading “Responsible for a good newspaper in St. Johnsbury.” 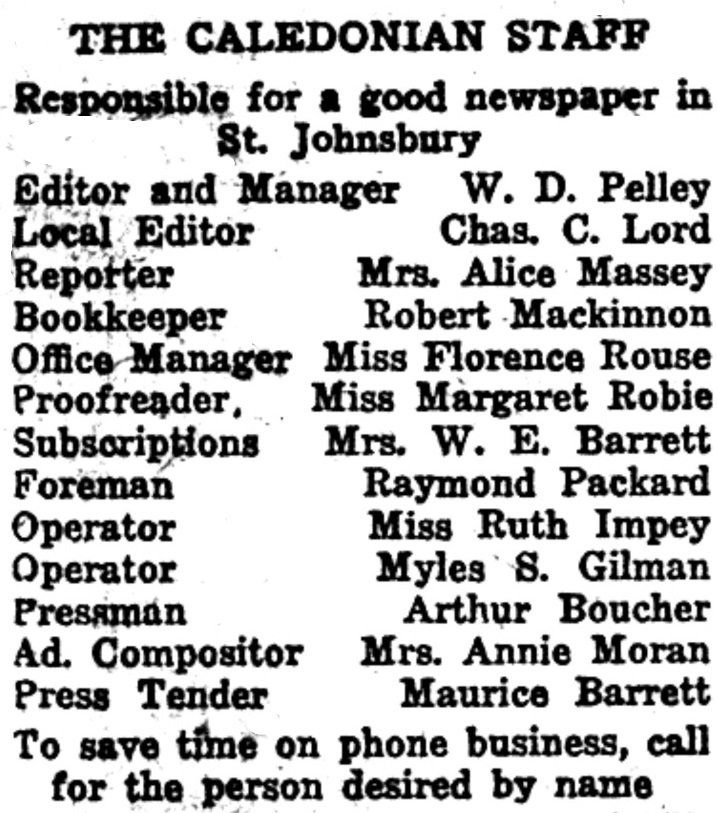 Pelley was a successful short story writer, and we learn more about the Caledonian staff from  one of his stories that appeared in the November 1919 issue of American Magazine. A photograph of the Caledonian staff accompanies “Human Nature–As the Country Editor Knows It.” Pelley provided a lengthy caption that describes what he saw as the duties and talents of the five women and five men standing in front of the paper’s office on Eastern Avenue. 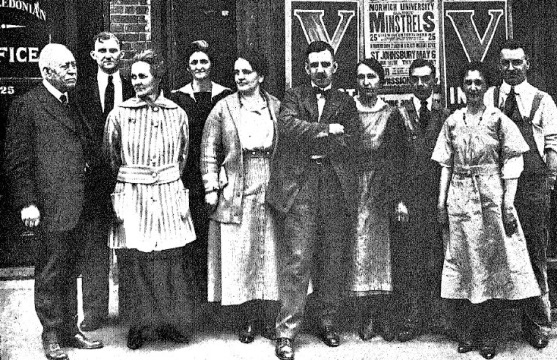 From left to right, some highlights from Pelley’s caption:

They were, Pelley concluded, “a happy bunch who never speak a cross word to one another.”