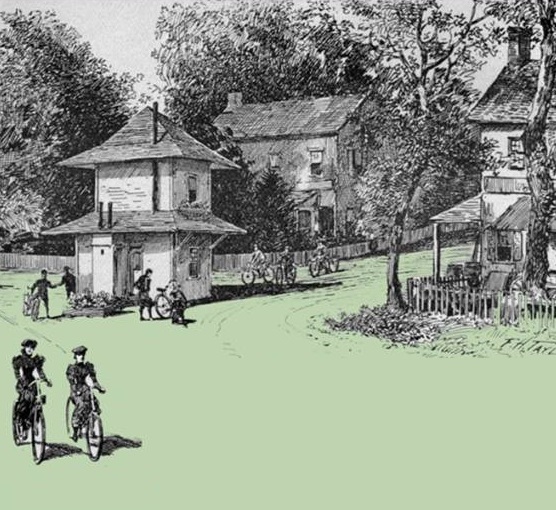 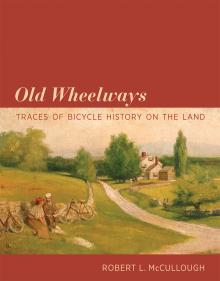 In conjunction with the “Cycling Through the News” exhibit, a bike tour is planned for this Saturday, June 13. Details:

Wheeling Around Burlington: A Bicycle History Tour  … By Bike

Grab your “wheel” (bicycle) and join us for a tour of Burlington to celebrate the opening of Bailey-Howe Library’s new exhibit on bicycle history! During this 10-mile jaunt, we will explore the fascinating history of the late-nineteenth century “bicycle boom” when wheeling took the country–and our city–by storm. Led by Professor Luis Vivanco, the bicycling anthropologist, we will visit places that can tell us who rode, why they rode, how they rode, and how these things were connected to important social changes.

When: Saturday, June 13, 10am-12noon
Where: The tour will start and end at Bailey-Howe Library on UVM campus so you can visit the exhibit as well.
What to bring: your wheel (of course!), a helmet, and a water bottle 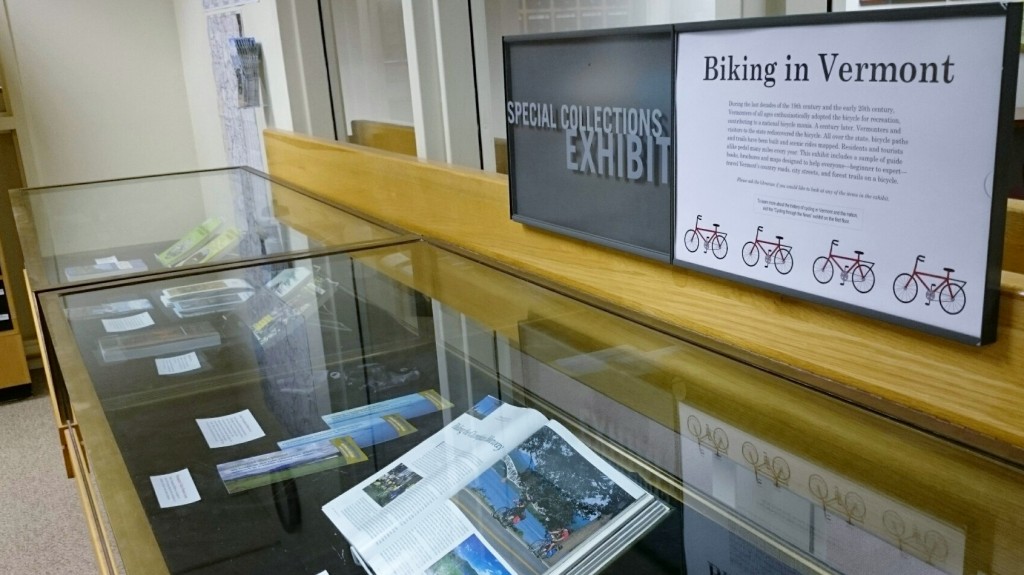 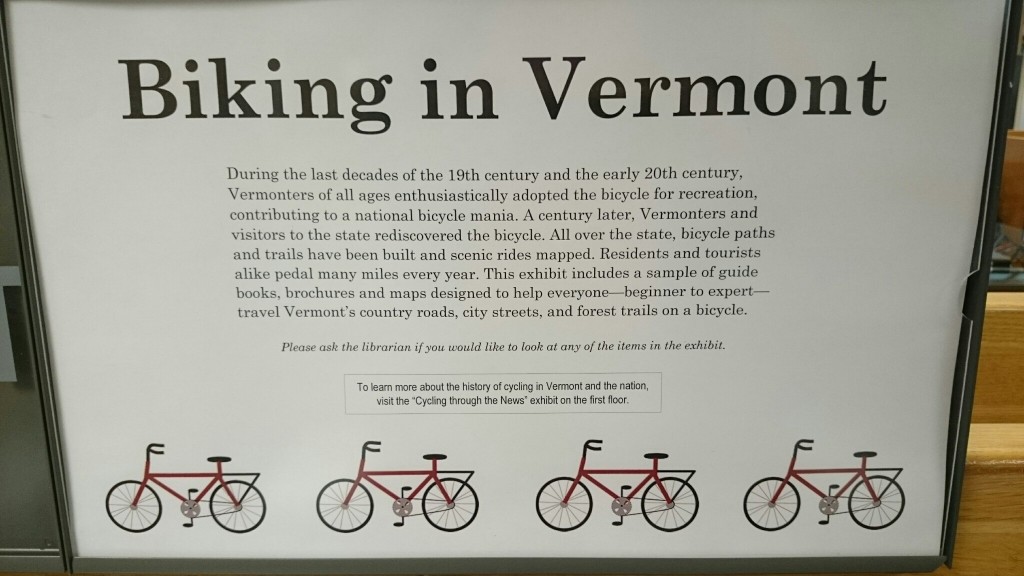 The Vermont Digital Newspaper Project is proud to announce the opening of a new exhibit at the Bailey/Howe Library lobby on the University of Vermont campus (where VTDNP is headquartered): Cycling Through the News: The Rise of Bicycling in Vermont & the Nation.

The UVM Libraries summer exhibit looks at the rise of bicycling in America from 1870 to 1920. Newspapers contributed to the nation’s bicycle mania with articles, advertisements, and announcements for cycling events. Stories about health effects (good and bad), adventurous cyclists, cycling etiquette, bicycles and the modern woman, and the need for better roads were common. Advertisements promoted bicycle sales and repair shops, touring opportunities, and sporting events.

“Cycling through the News” was curated by the staff of the Vermont Digital Newspaper Project. Karyn Norwood, digital support specialist, searched Chronicling America, the national newspaper database of the Library of Congress, to find an amazing collection of materials on all aspects of the bicycling phenomenon that swept the country. The exhibit includes period photographs, advertising and brochures, as well as artifacts. Glenn Eames and Burlington’s Old Spokes Home generously loaned lamps, bells, a flask, a brass horn and other items.