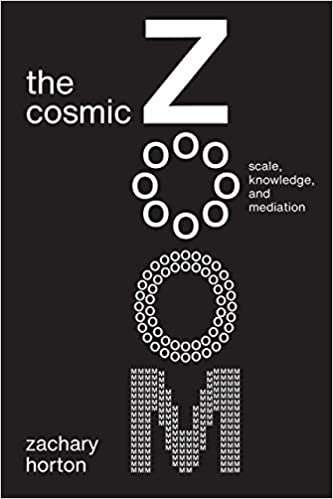 Cosmic zoom : scale, knowledge, and mediation by Zachary K. Horton
"Many of us have encountered a version of what Zachary Horton calls the "cosmic zoom"--a visual journey through the many scales of the universe, from the microscopic to the cosmic. Most of our daily perception operates at a level of scale somewhere between that of quarks and galaxies, and it is this comfort with the immediately visible everyday world that the cosmic zoom unsettles. In Mediating Scale, Horton uses the history of the cosmic zoom to explore how that scale itself has been constructed over the past seventy years." 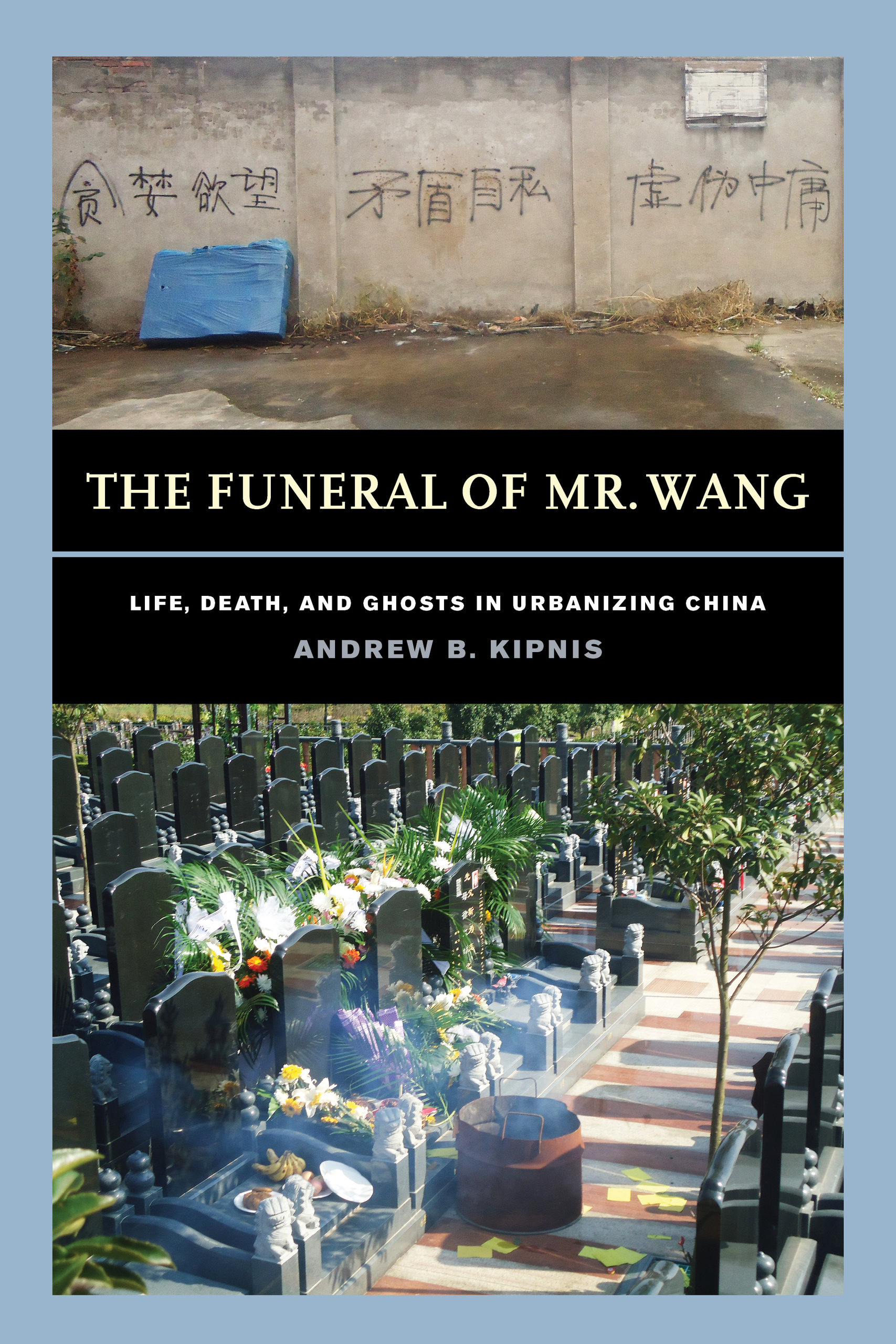 Funeral of Mr. Wang : life, death, and ghosts in urbanizing China by Andrew B. Kipnis
"The Funeral of Mr. Wang examines social change in urbanizing China through the lens of funerals, the funerary industry, and practices of memorialization. It analyzes changes in family life, patterns of urban sociality, transformations in economic relations, the politics of memorialization, and the echoes of these changes in beliefs about the dead and ghosts" 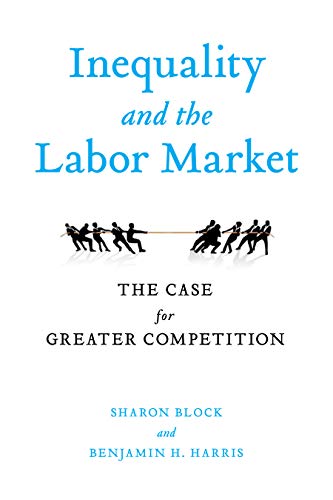 Inequality and the labor market : the case for greater competition edited by Sharon Block and Benjamin H. Harris
"For decades, falling competition in the U.S. labor market has weakened wage growth and diminished job quality. While sluggish productivity growth, rising globalization, and declining union representation are traditionally cited as factors for this historic imbalance in economic power, diminished labor market."competition has had an increasingly detrimental impact on American workers.  [This book] frames the legal and economic consequences of this imbalance and presents a series of urgently needed reforms for both labor and antitrust laws to improve outcomes for American workers. These include higher wages, safer workplaces, increased ability to report labor violations, greater mobility, more opportunities for workers to build power, and overall better labor protections.” 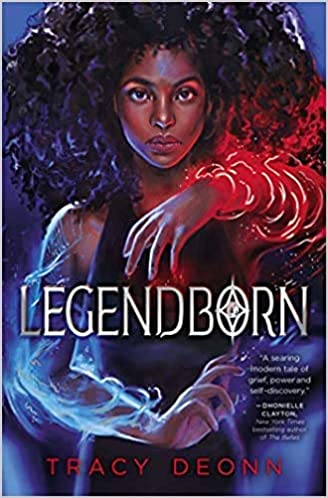 Legendborn by Tracy Deonn
"After her mother dies in an accident, Bree Matthews wants nothing to do with her family memories or childhood home. A residential program for bright high schoolers at UNC-Chapel Hill seems like the perfect escape-- until Bree witnesses a magical attack her very first night on campus. A young mage who calls himself a 'Merlin' attempts-- and fails-- to wipe Bree's memory of everything she saw. His failure unlocks Bree's own unique magic and a buried memory with a hidden connection: the night her mother died, another Merlin was at the hospital. Now she'll do whatever it takes to find out the truth, even if that means infiltrating the Legendborn as one of their initiates." 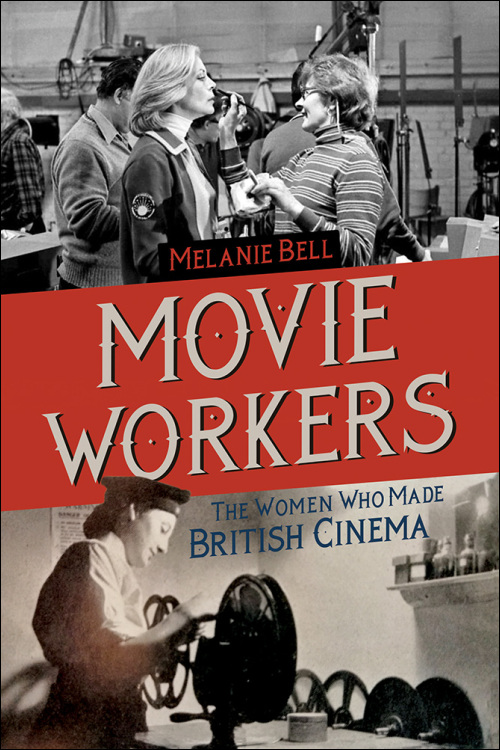 Movie workers : the women who made British cinema by Melanie Bell
"After the advent of sound, women in the British film industry formed an essential corps of below-the-line workers, laboring in positions from animation artist to negative cutter to costume designer. Melanie Bell maps the work of these women decade-by-decade, examining their far-ranging economic and creative contributions against the backdrop of the discrimination that constrained their careers." 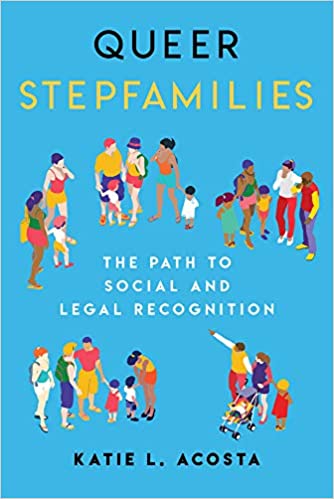 Queer stepfamilies : the path to social and legal recognition by Katie L. Acosta
"In Queer Stepfamilies, Katie L. Acosta offers a wealth of insight into their complex experiences as they negotiate parenting among multiple parents and family-building in a world not designed to meet their needs. Drawing on in-depth interviews, Acosta follows the journeys of more than forty families as they navigate a legal and social landscape that fails to recognize their existence." 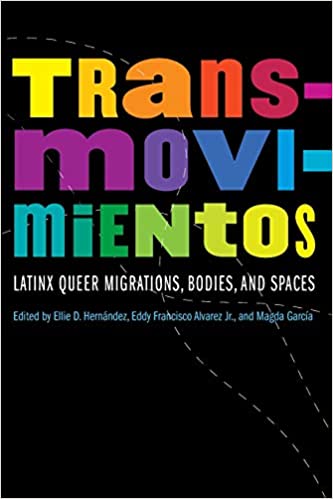 Transmovimientos : Latinx queer migrations, bodies, and spaces edited by Ellie D. Hernández, Eddy Francisco Alvarez Jr., and Magda García
"This anthology features work by and about queer, trans, and gender nonconforming Latinx communities, including immigrants and social dissidents who reflect and write about diasporic and migratory movements within and across geographical spaces in the United States." 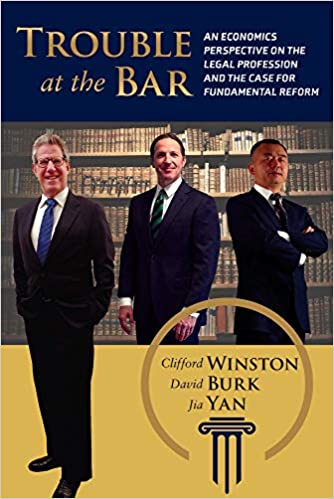 Trouble at the bar : an economics perspective on the legal profession and the case for fundamental reform by Clifford Winston, David Burk, and Jia Yan
"The three authors, each an economist, provide a critical, empirical assessment of the legal profession, in particular its self-regulation, how it limits the public's access to justice, and its role in the persistent inefficiency of government policy. They also provide recommendations for deregulating the legal profession to improve its efficiency and equity, and consequently benefit society in general and its most vulnerable members in particular." 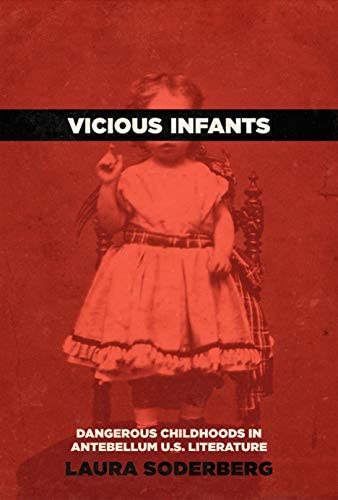 Vicious infants : dangerous childhoods in antebellum U.S. literature by Laura Soderberg
"Singled out by nineteenth-century legal and medical establishments, children already marginalized by slavery, ethnicity, and poverty were increasingly branded as "incorrigible," delinquent, and antisocial. Vicious Infants offers a counterhistory of literary childhood as both perceived social threat and site of resistance, revealing that many children were not only cut off from family and society, they were also preemptively excluded from the rewards of citizenship and adulthood. Turning to prison documents, medical journals, overlooked periodical fiction, and literary works from William Apess, Harriet Wilson, Herman Melville, Susan Paul, and Harriet Beecher Stowe, Laura Soderberg recovers alternate narratives of childhood and provides an important window into the cultural links between race, reproduction, and childhood in the antebellum period."
You can find additional displays of new books in the Howe Library’s first floor lobby, or online.