Back with more! We’re featuring some of our newest popular fiction titles, perfect for summer reading. Check out our New Books shelf and Summer Popular Reading display in the Howe Library lobby for more titles. 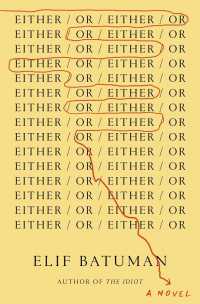 Either/or /  by Elif Batuman
"From the acclaimed and bestselling author of The Idiot, the continuation of beloved protagonist Selin's quest for self-knowledge, as she travels abroad and tests the limits of her newfound adulthood. Selin is the luckiest person in her family: the only one who was born in America and got to go to Harvard. Now it's sophomore year, 1996, and Selin knows she has to make it count. The first order of business: to figure out the meaning of everything that happened over the summer. Why did Selin's elusive crush, Ivan, find her that job in the Hungarian countryside? What was up with all those other people in the Hungarian countryside? Why is Ivan's weird ex-girlfriend now trying to get in touch with Selin? On the plus side, it feels like the plot of an exciting novel. On the other hand, why do so many novels have crazy abandoned women in them? How does one live a life as interesting as a novel--a life worthy of becoming a novel--without becoming a crazy abandoned woman oneself? Guided by her literature syllabus and by her more worldly and confident peers, Selin reaches certain conclusions about the universal importance of parties, alcohol, and sex, and resolves to execute them in practice--no matter what the cost. Next on the list: international travel. Unfolding with the propulsive logic and intensity of youth, Either/Or is a landmark novel by one of our most brilliant writers. Hilarious, revelatory, and unforgettable, its gripping narrative will confront you with searching questions that persist long after the last page" 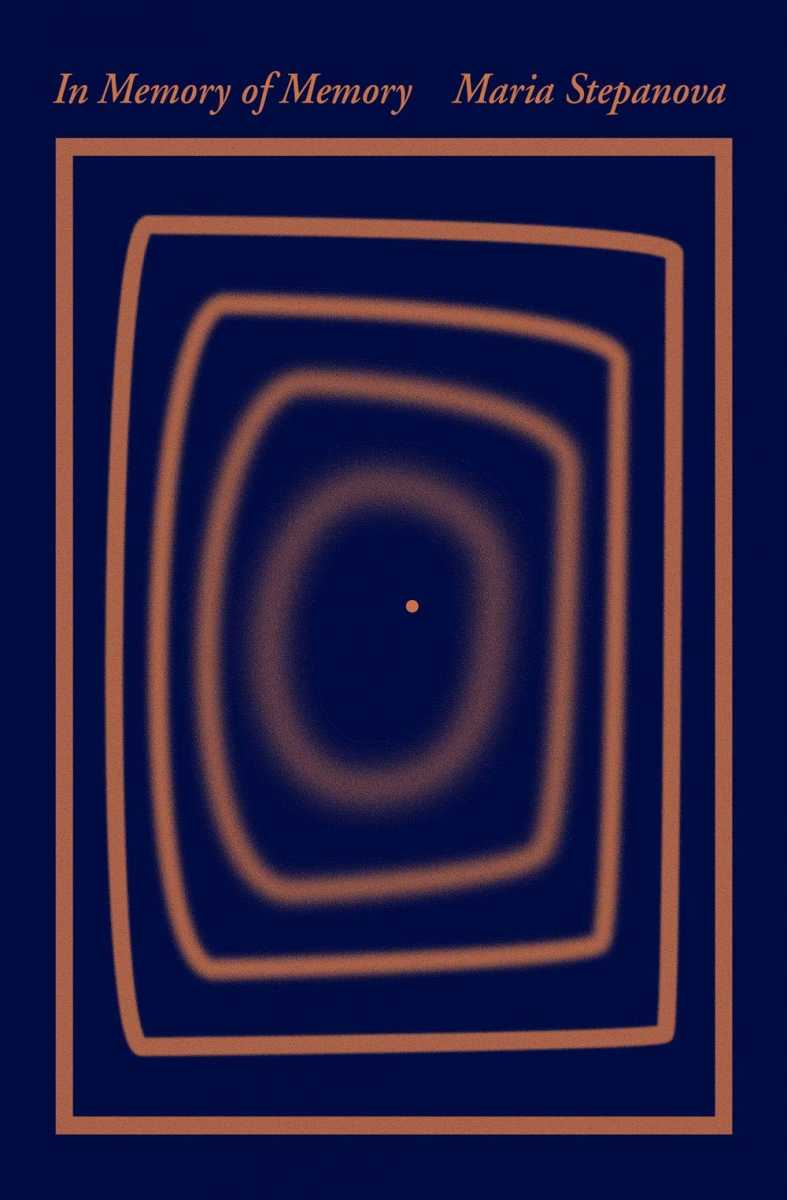 In memory of memory : a romance by Maria Stepanova ; translated by Sasha Dugdale
"With the death of her aunt, the narrator is left to sift through an apartment full of faded photographs, old postcards, letters, diaries, and heaps of souvenirs: a withered repository of an entire century of life in Russia. Carefully reassembled with calm, steady hands, these shards tell the story of an ordinary family that somehow managed to survive the myriad persecutions and repressions of the last century. The family's pursuit of a quiet, civilized, ordinary life--during such atrocious times--is itself a strange odyssey. In dialogue with thinkers like Roland Barthes, W. G. Sebald, Susan Sontag, and Osip Mandelstam, In Memory of Memory is imbued with rare intellectual curiosity and a wonderfully soft-spoken, poetic voice. Dipping into various genres--essay, fiction, memoir, travelogue, and history--Stepanova assembles a vast panorama of ideas and personalities and offers a bold exploration of cultural and personal memory." 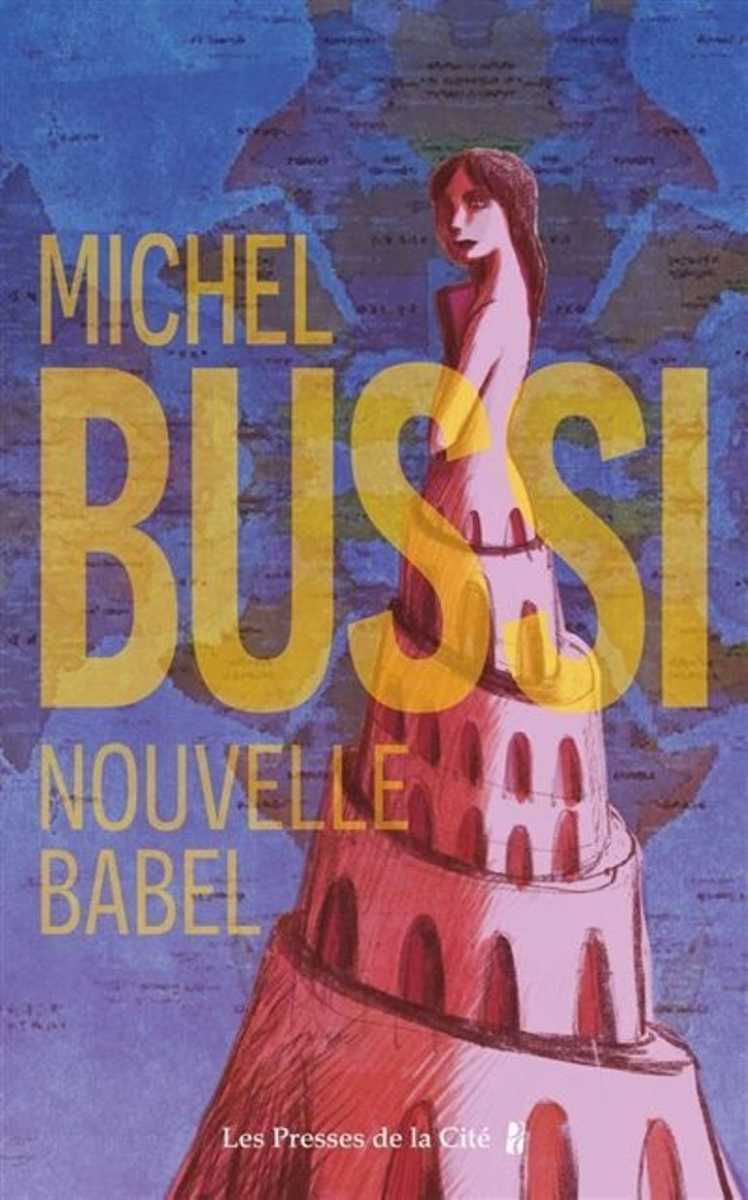 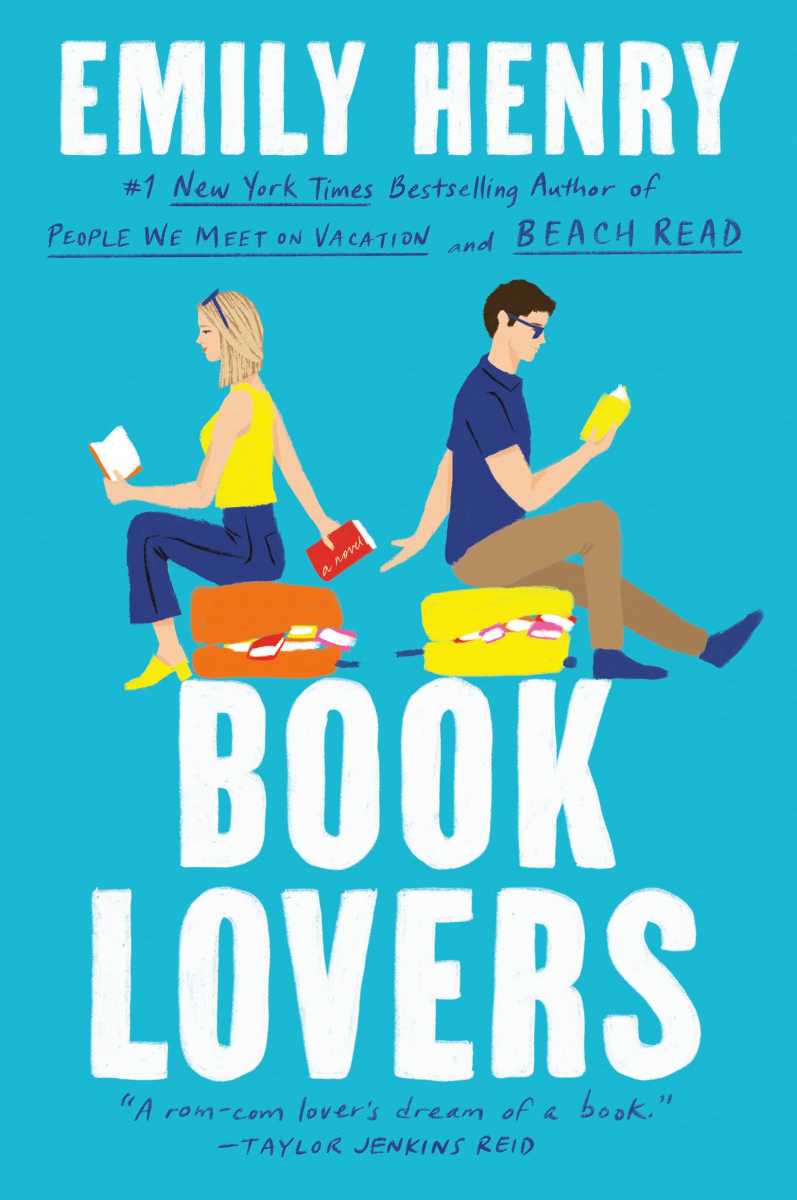 Book lovers by Emily Henry
"A by-the-book literary agent must decide if happily ever after is worth changing her whole life for in this insightful, delightful new novel from the #1 New York Times bestselling author of Beach Read and People We Meet on Vacation. Nora Stephens' life is books--she's read them all--and she is not that type of heroine. Not the plucky one, not the laid-back dream girl, and especially not the sweetheart. In fact, the only people Nora is a heroine for are her clients, for whom she lands enormous deals as a cutthroat literary agent, and her beloved little sister Libby. Which is why she agrees to go to Sunshine Falls, North Carolina for the month of August when Libby begs her for a sisters' trip away--with visions of a small town transformation for Nora who she's convinced needs to become the heroine in her own story. But instead of picnics in meadows, or run-ins with a handsome country doctor or bulging-forearmed bartender, Nora keeps bumping into Charlie Lastra, a bookish brooding editor from back in the city. It would be a meet-cute if not for the fact that they've met many times and it's never been cute. If Nora knows she's not an ideal heroine, Charlie knows he's nobody's hero, but as they are thrown together again and again--in a series of coincidences no editor worth their salt would allow--what they discover might just unravel the carefully crafted stories they've written about themselves." 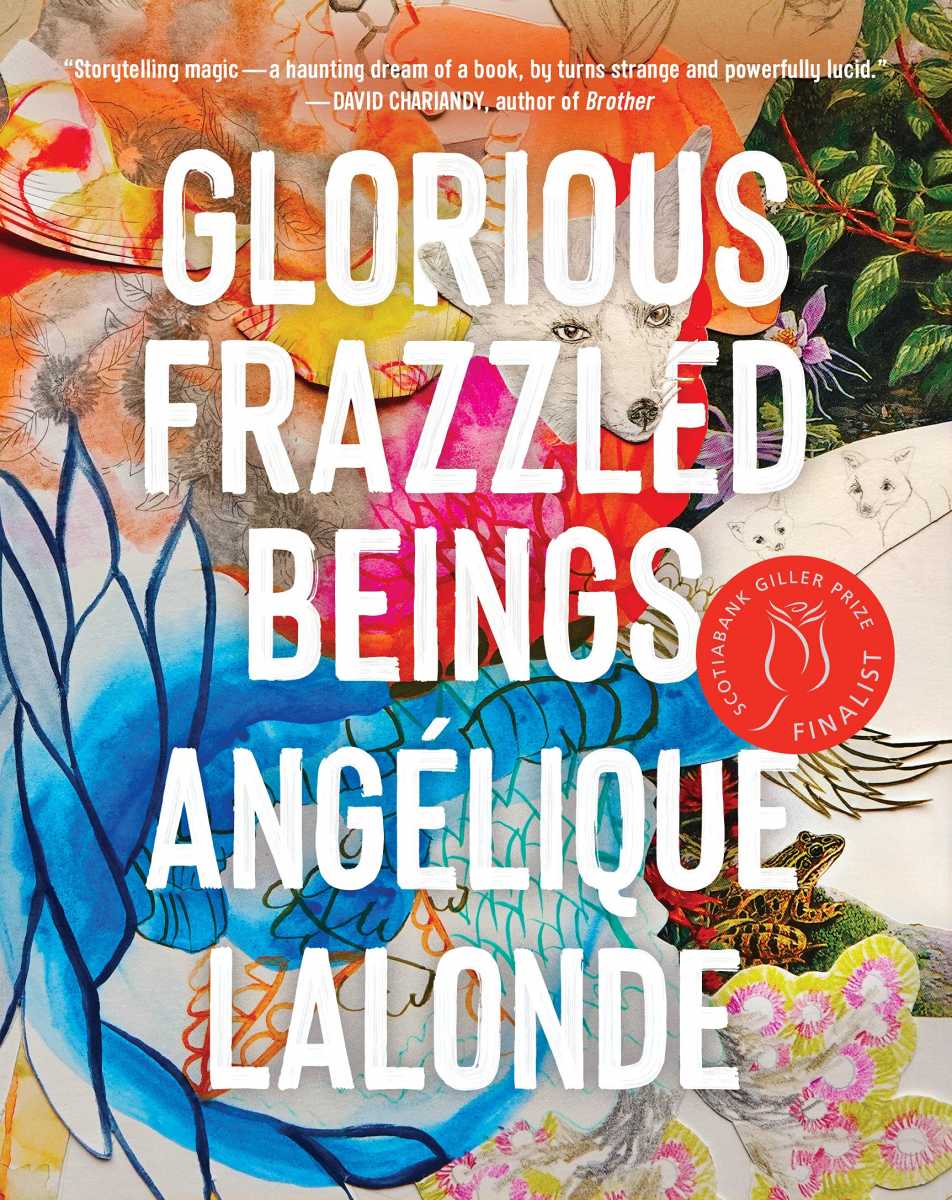 Glorious frazzled beings by Angélique Lalonde
"Home is where we love, suffer, and learn. Some homes we chose, others are inflicted upon us, and still others are bodies we are born into. In this astounding collection of stories, human and more-than-human worlds come together in places we call home. Four sisters and their mother explore their fears while teeny ghost people dress up in fragments of their children's clothes. A somewhat-ghost tends the family garden. Deep in the mountains, a shapeshifting mother must sift through her ancestors' gifts and the complexities of love when one boy is born with a beautiful set of fox ears and another is not. In the wake of her elderly mother's tragic death, a daughter tries to make sense of the online dating profile she left behind. And a man named Pooka finds new ways to weave new stories into his abode, in spite of his inherited suffering. A startling and beguiling story collection, Glorious Frazzled Beings is a love song to the homes we make, keep, and break." 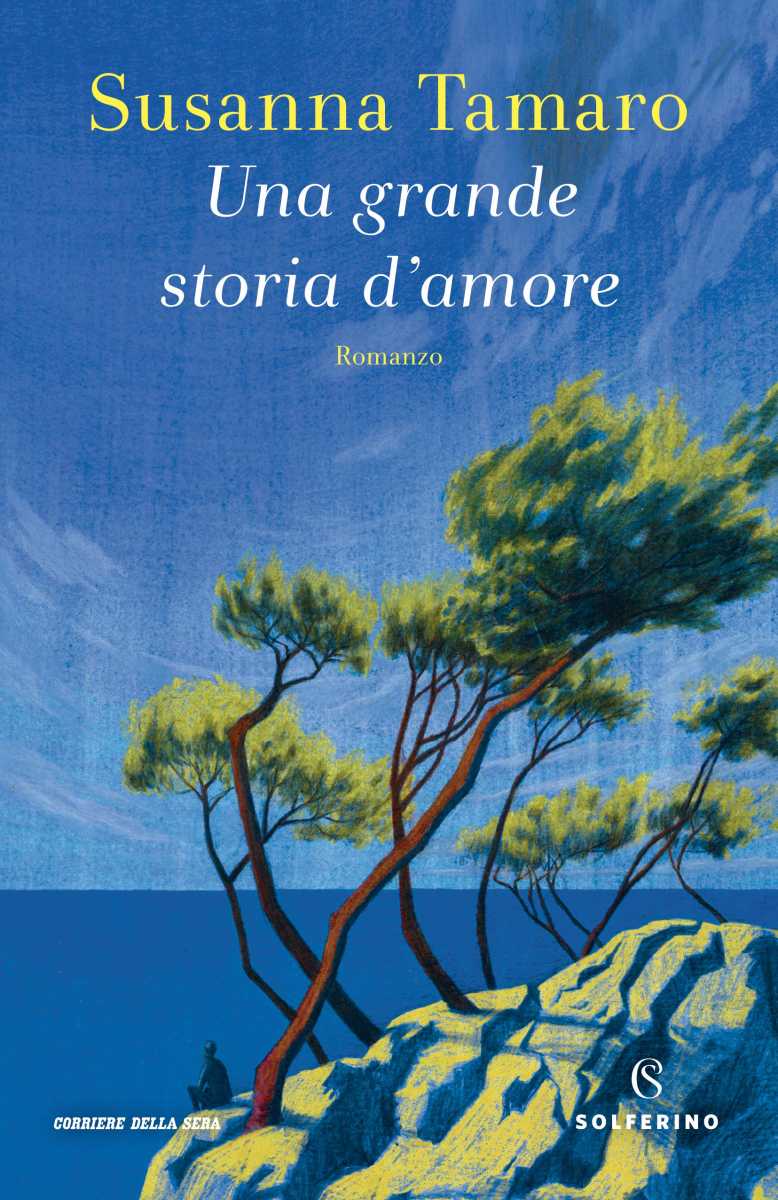 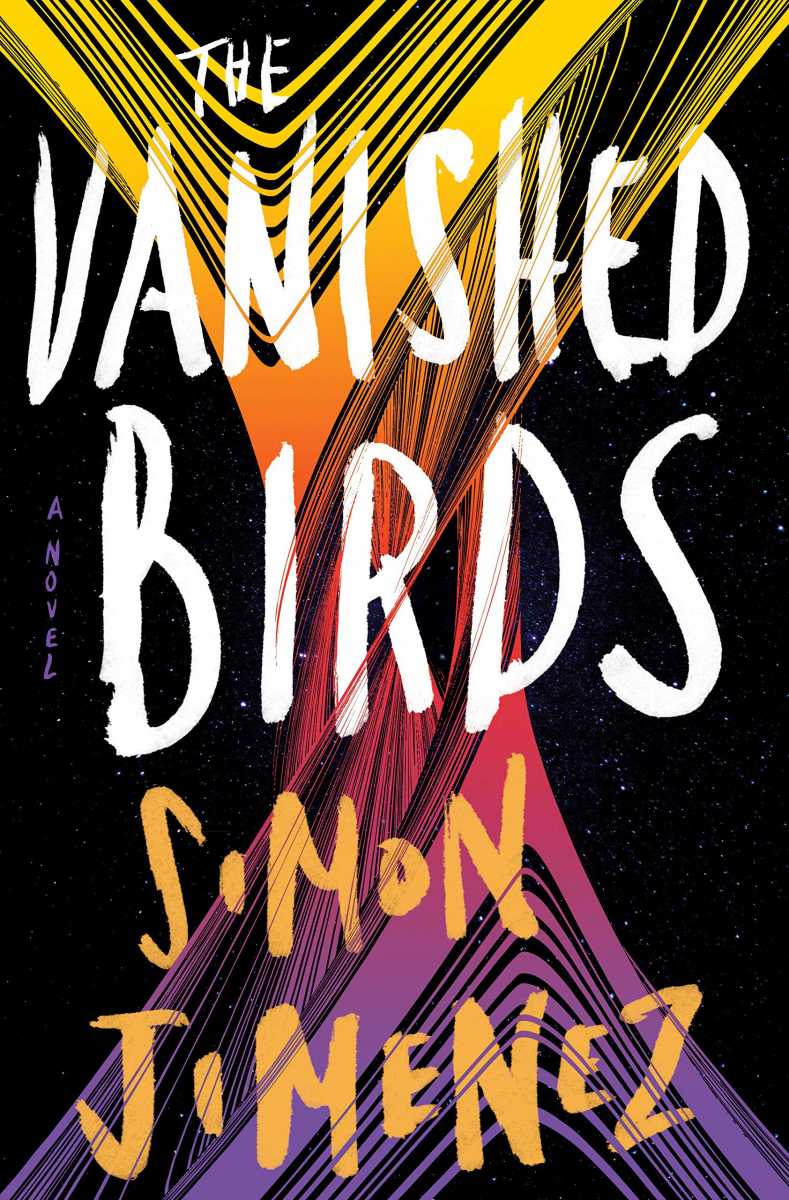 The vanished birds by Simon Jimenez
"Nia Imani is a woman out of place and outside of time. Decades of travel through the stars are condensed into mere months for her, though the years continue to march steadily onward for everyone she has ever known. Her friends and lovers have aged past her, and all she has left is work. Alone and adrift, she lives for only the next paycheck, until the day she meets a mysterious boy, fallen from the sky. A boy, broken by his past. The scarred child does not speak, his only form of communication the beautiful and haunting music he plays from an old wooden flute. Captured by his songs, and their strange, immediate connection, Nia decides to take the boy in. And over years of starlit travel, these two outsiders discover in one another the things they lacked. For him, a home, a place of love and safety. For her, an anchor to the world outside herself. For the both of them, a family. But Nia is not the only one who wants the boy. The past hungers for him, and when it catches up, it threatens to tear this makeshift family apart" 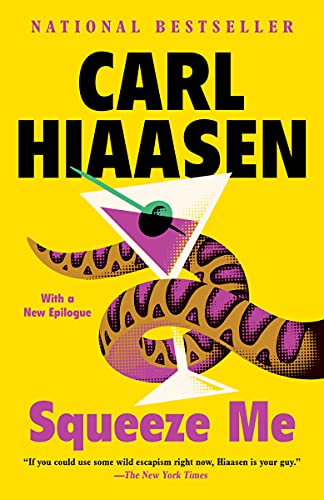 Squeeze me by Carl Hiaasen
"Palm Beach. A prominent high-society matron - who happens to be a fierce supporter of the President and founding member of the POTUSSIES - has gone missing at a swank gala. When the wealthy dowager Kiki Pew Fitzsimmons is later found dead in a concrete grave, panic and chaos erupt. The President immediately declares that Kiki Pew was the victim of rampaging immigrant hordes. This, as it turns out, is far from the truth. Meanwhile, a bizarre discovery in the middle of the road brings the First Lady's motorcade to a grinding halt (followed by some grinding between the First Lady and a lovestruck Secret Service agent). Enter Angie Armstrong, wildlife wrangler extraordinaire, who arrives at her own conclusions after she is summoned to the posh island to deal with a mysterious and impolite influx of huge, hungry pythons ... " 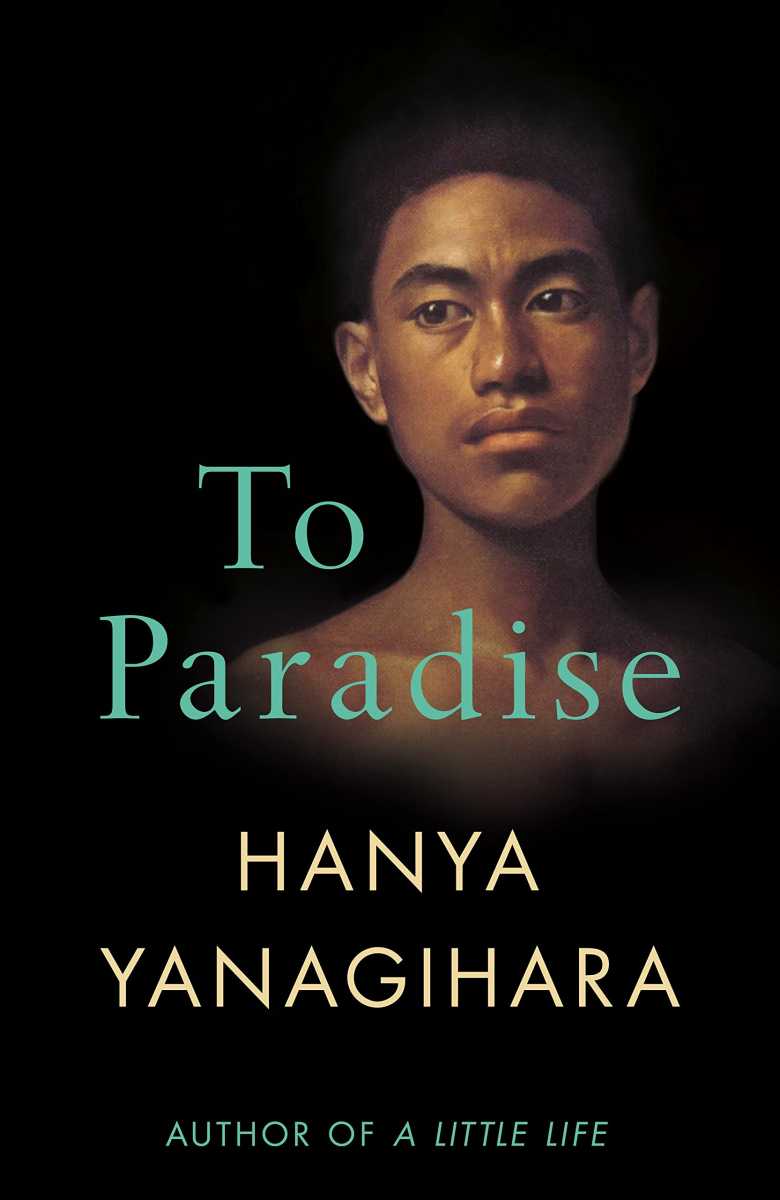 To paradise by Hanya Yanagihara
"In an alternate version of 1893 America, New York is part of the Free States, where people may live and love whomever they please (or so it seems). The fragile young scion of a distinguished family resists betrothal to a worthy suitor, drawn to a charming music teacher of no means. In a 1993 Manhattan besieged by the AIDS epidemic, a young Hawaiian man lives with his much older, wealthier partner, hiding his troubled childhood and the fate of his father. And in 2093, in a world riven by plagues and governed by totalitarian rule, a powerful scientist's damaged granddaughter tries to navigate life without him--and solve the mystery of her husband's disappearances. These three sections are joined in an enthralling and ingenious symphony, as recurring notes and themes deepen and enrich one another: A townhouse in Washington Square Park in Greenwich Village; illness, and treatments that come at a terrible cost; wealth and squalor; the weak and the strong; race; the definition of family, and of nationhood; the dangerous righteousness of the powerful, and of revolutionaries; the longing to find a place in an earthly paradise, and the gradual realization that it can't exist. What unites not just the characters, but these Americas, are their reckonings with the qualities that make us human: Fear. Love. Shame. Need. Loneliness” 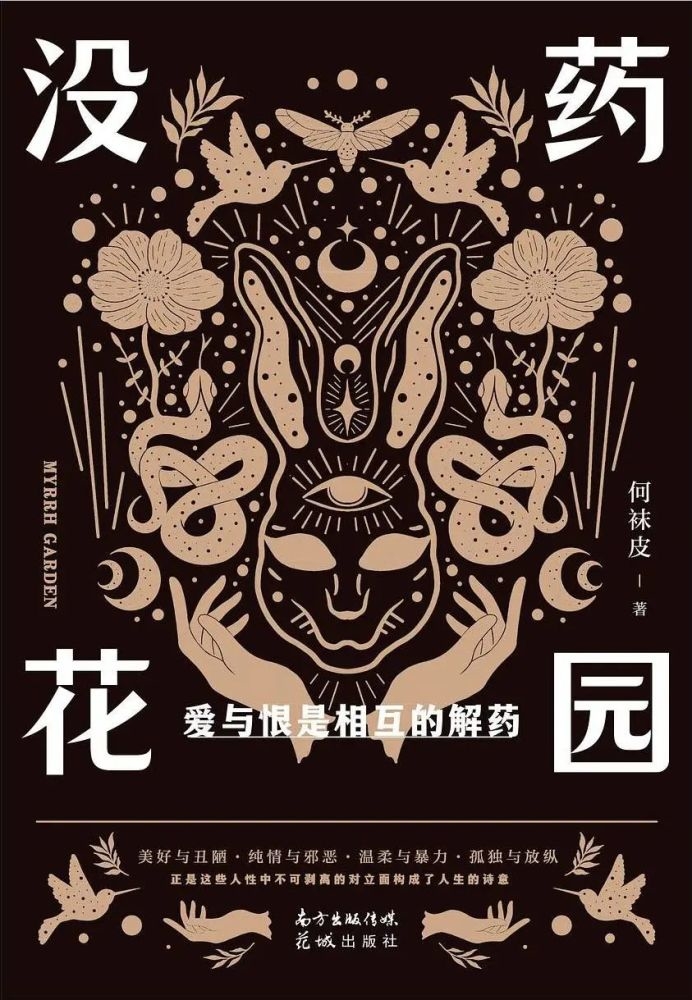 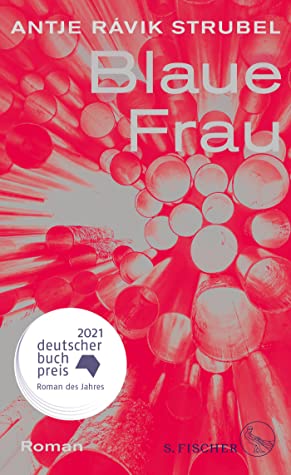 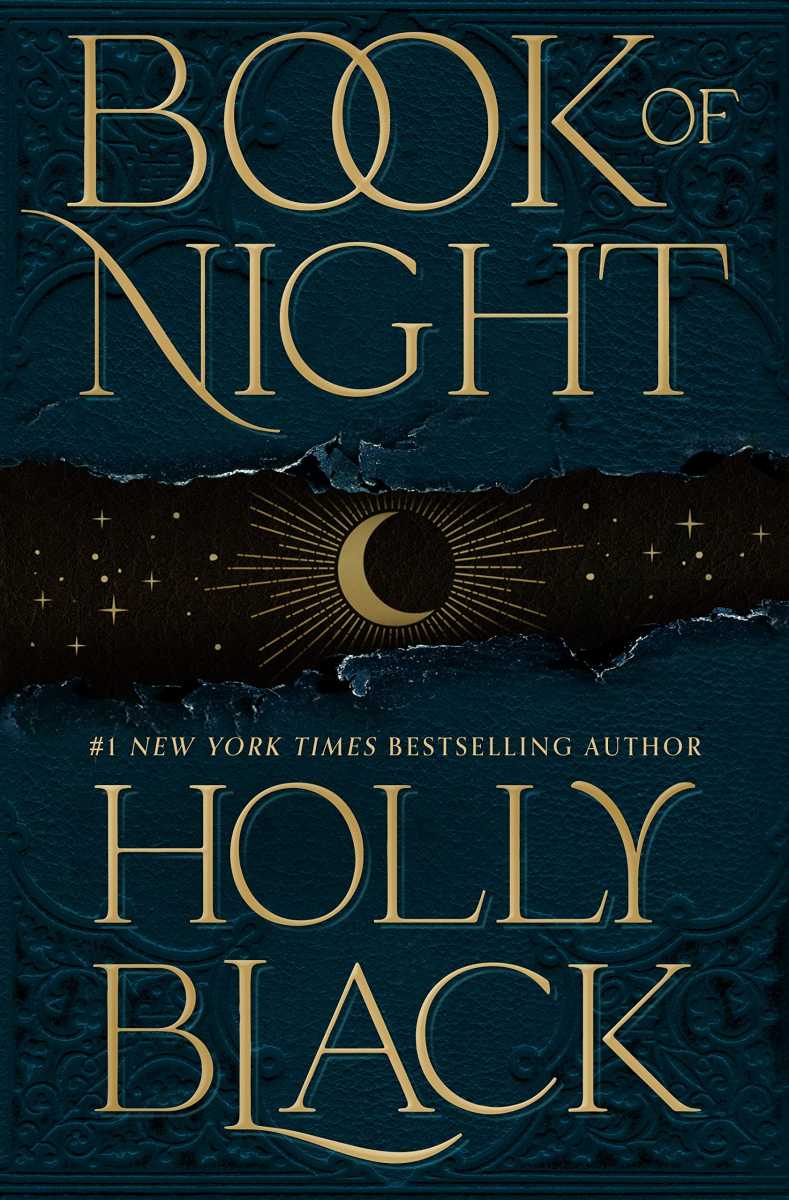 Book of night by Holly Black
"Charlie Hall has never found a lock she couldn't pick, a book she couldn't steal, or a bad decision she wouldn't make. She's spent half her life working for gloamists, magicians who manipulate shadows to peer into locked rooms, strangle people in their beds, or worse. Gloamists guard their secrets greedily, creating an underground economy of grimoires. And to rob their fellow magicians, they need Charlie. Now, she's trying to distance herself from past mistakes, but going straight isn't easy. Bartending at a dive, she's still entirely too close to the corrupt underbelly of the Berkshires. Not to mention that her sister Posey is desperate for magic, and that her shadowless and possibly soulless boyfriend has been keeping secrets from her. When a terrible figure from her past returns, Charlie descends back into a maelstrom of murder and lies. Determined to survive, she's up against a cast of doppelgängers, mercurial billionaires, gloamists, and the people she loves best in the world - all trying to steal a secret that will allow them control of the shadow world and more." 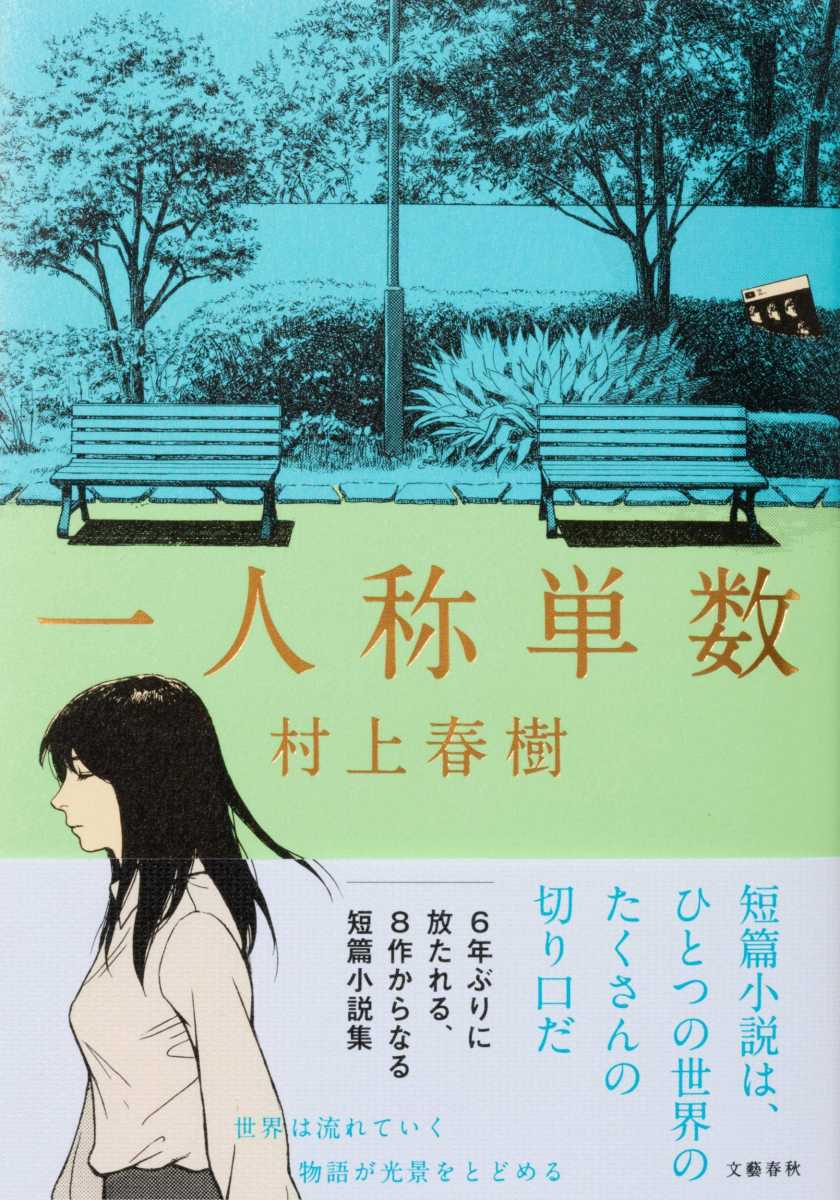 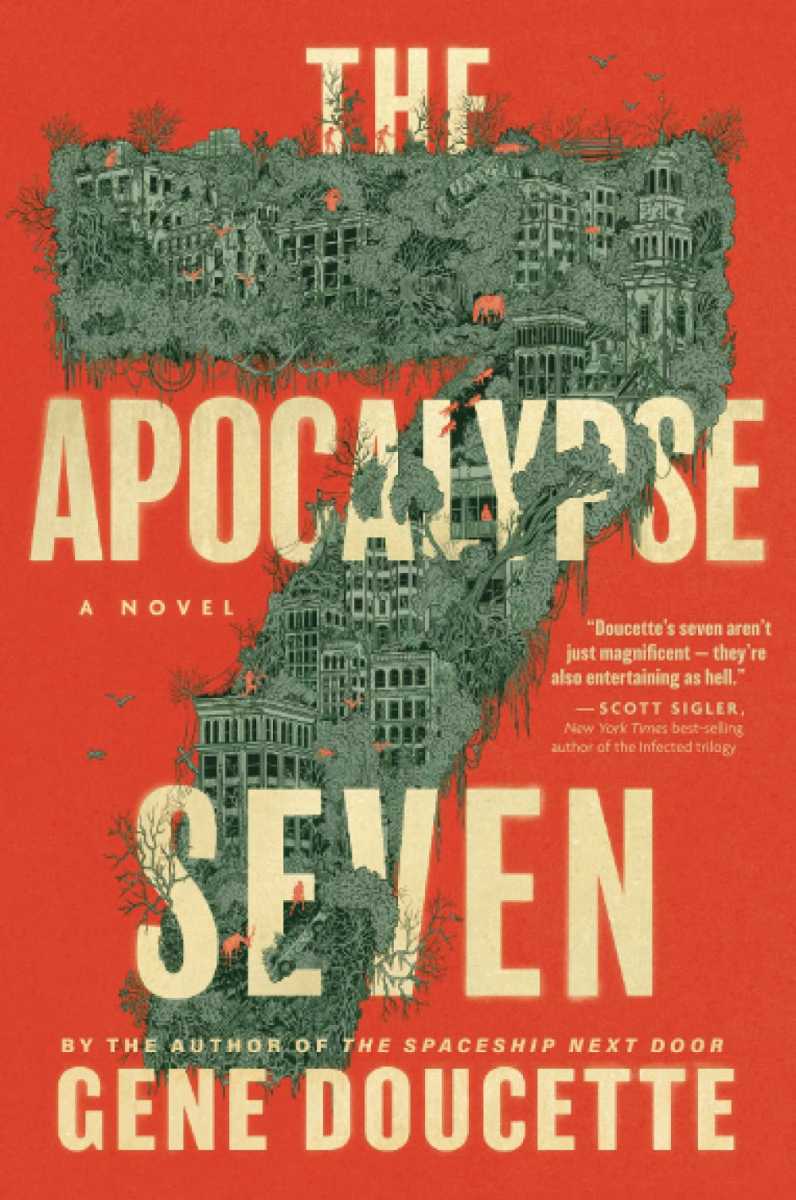 The apocalypse seven by Gene Doucette
"The whateverpocalypse. That's what Toure, a twenty-something Cambridge coder, calls it after waking up one morning to find himself seemingly the only person left in the city. Once he finds Robbie and Carol, two equally disoriented Harvard freshmen, he realizes he isn't alone, but the name sticks: Whateverpocalypse. But it doesn't explain where everyone went. It doesn't explain how the city became overgrown with vegetation in the space of a night. Or how wild animals with no fear of humans came to roam the streets. Add freakish weather to the mix, swings of temperature that spawn tornadoes one minute and snowstorms the next, and it seems things can't get much weirder. Yet even as a handful of new survivors appear--Paul, a preacher as quick with a gun as a Bible verse; Win, a young professional with a horse; Bethany, a thirteen-year-old juvenile delinquent; and Ananda, an MIT astrophysics adjunct--life in Cambridge, Massachusetts gets stranger and stranger. The self-styled Apocalypse Seven are tired of questions with no answers. Tired of being hunted by things seen and unseen. Now, armed with curiosity, desperation, a shotgun, and a bow, they become the hunters. And that's when things truly get weird." 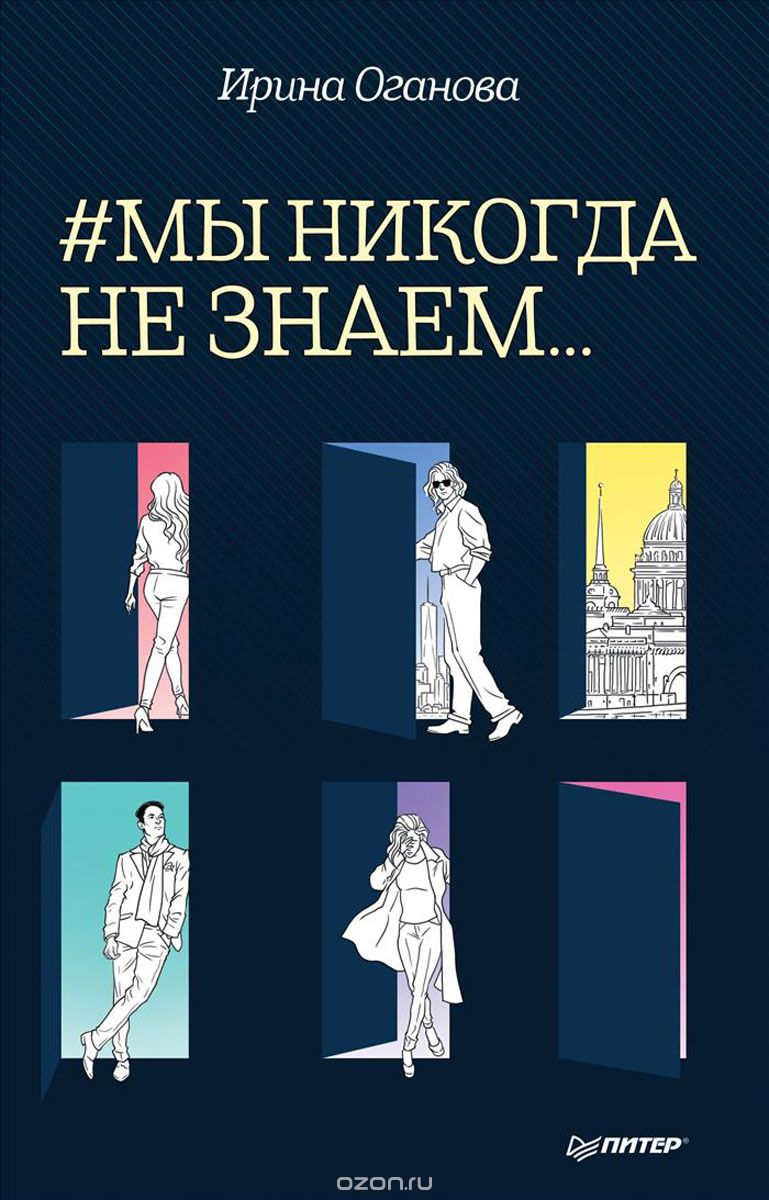