We’re featuring some of our newest popular fiction titles, perfect for summer reading. Check out our New Books shelf and Summer Popular Reading display in the Howe Library lobby for more titles. 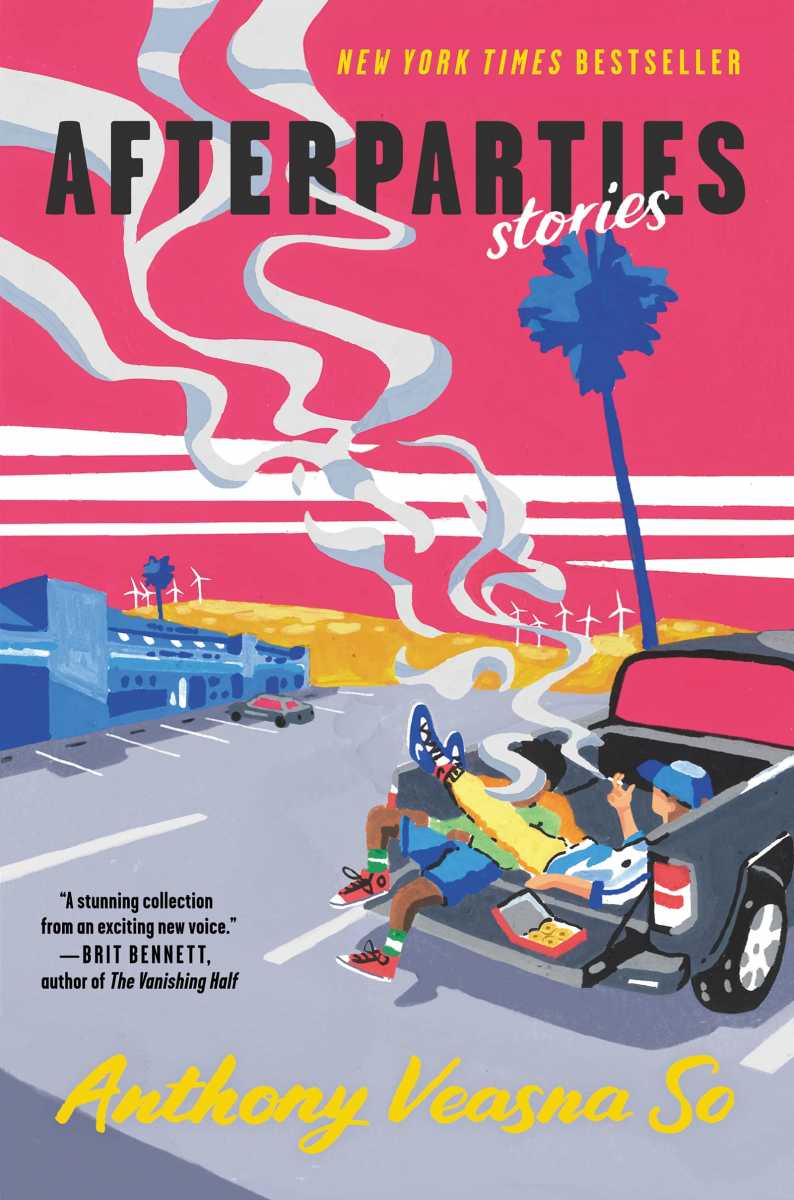 Afterparties : stories by Anthony Veasna So

“A vibrant story collection about Cambodian-American life--immersive and comic, yet unsparing--that offers profound insight into the intimacy of queer and immigrant communities. Seamlessly transitioning between the absurd and the tenderhearted, balancing acerbic humor with sharp emotional depth, Afterparties offers an expansive portrait of the lives of Cambodian-Americans. As the children of refugees carve out radical new paths for themselves in California, they shoulder the inherited weight of the Khmer Rouge genocide and grapple with the complexities of race, sexuality, friendship, and family." 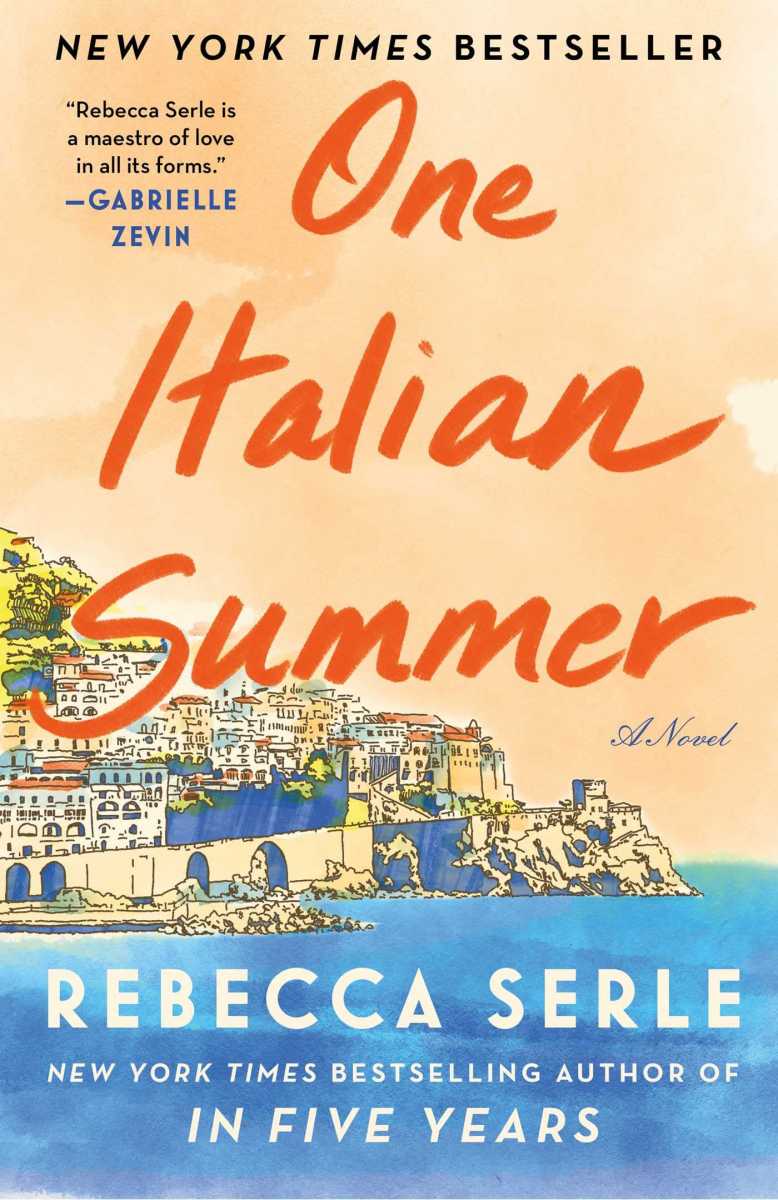 One Italian summer : a novel by Rebecca Serle

"When Katy's mother dies, she is left reeling. Carol wasn't just Katy's mom, but her best friend and first phone call. She had all the answers and now, when Katy needs her the most, she is gone. To make matters worse, their planned mother-daughter trip of a lifetime looms: two weeks in Positano, the magical town Carol spent the summer right before she met Katy's father. Katy has been waiting years for Carol to take her, and now she is faced with embarking on the adventure alone. But as soon as she steps foot on the Amalfi Coast, Katy begins to feel her mother's spirit. Buoyed by the stunning waters, beautiful cliffsides, delightful residents, and, of course, delectable food, Katy feels herself coming back to life. And then Carol appears--in the flesh, healthy, sun-tanned, and thirty years old. Katy doesn't understand what is happening, or how all she can focus on is that she has somehow, impossibly, gotten her mother back. Over the course of one Italian summer, Katy gets to know Carol, not as her mother, but as the young woman before her. She is not exactly who Katy imagined she might be, however, and soon Katy must reconcile the mother who knew everything with the young woman who does not yet have a clue." 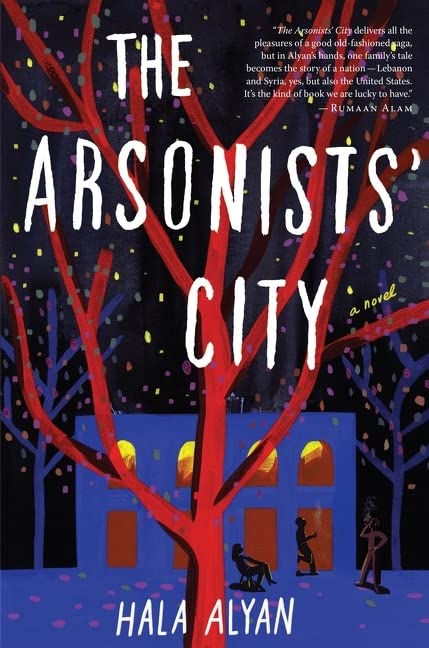 "A rich family story, a personal look at the legacy of war in the Middle East, and an indelible rendering of how we hold on to the people and places we call home The Nasr family is spread across the globe--Beirut, Brooklyn, Austin, the California desert. A Syrian mother, a Lebanese father, and three American children: all have lived a life of migration. Still, they've always had their ancestral home in Beirut--a constant touchstone--and the complicated, messy family love that binds them. But following his father's recent death, Idris, the family's new patriarch, has decided to sell. The decision brings the family to Beirut, where everyone unites against Idris in a fight to save the house. They all have secrets--lost loves, bitter jealousies, abandoned passions, deep-set shame--that distance has helped smother. But in a city smoldering with the legacy of war, an ongoing flow of refugees, religious tension, and political protest, those secrets ignite, imperiling the fragile ties that hold this family together." 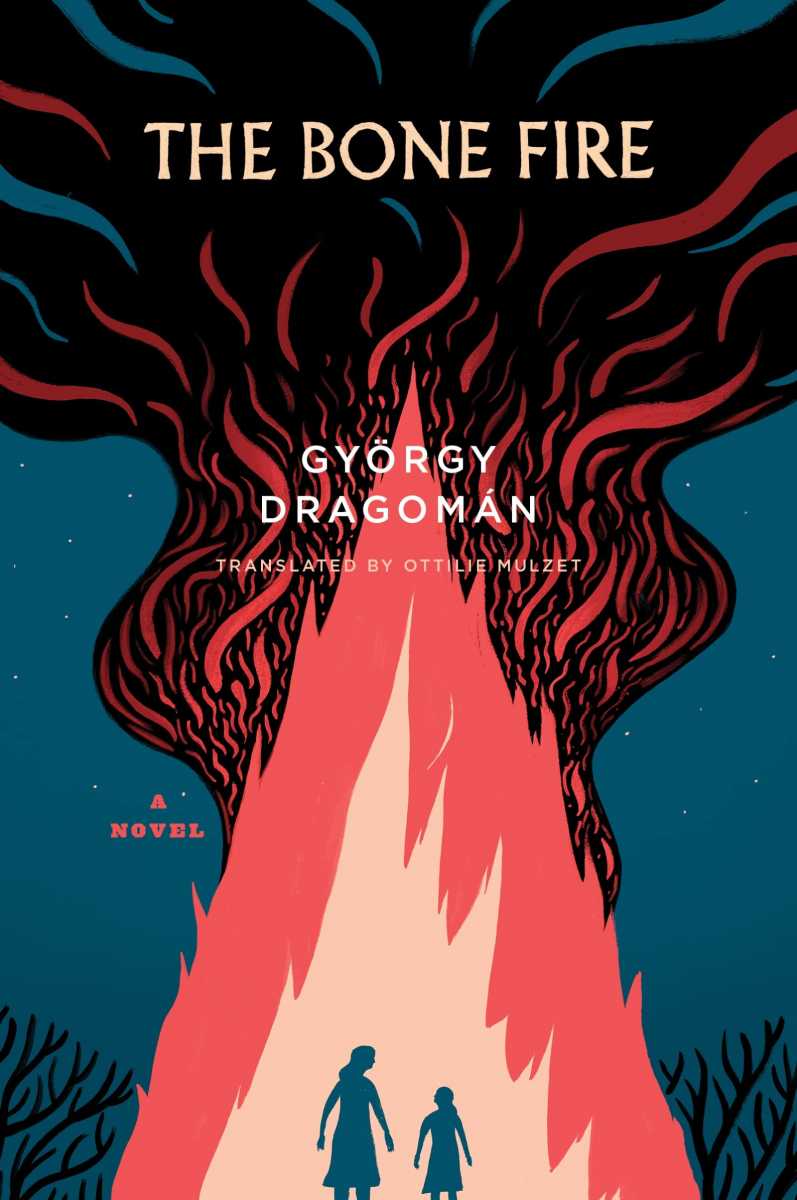 Bone fire by György Dragomán ; translated from the Hungarian by Ottilie Mulzet

"From an award-winning and internationally acclaimed European writer, and for fans of The Tiger's Wife: a chilling and suspenseful novel, set in the wake of a violent revolution, about a young girl rescued from an orphanage by an otherworldly grandmother she's never met" 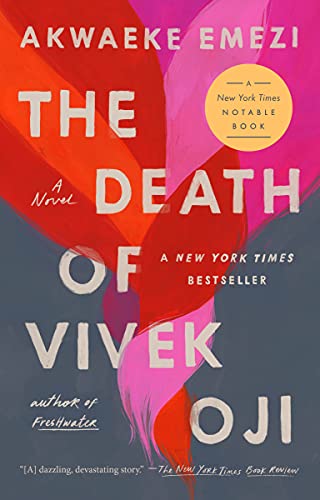 "One afternoon, in a town in southeastern Nigeria, a mother opens her front door to discover her son's body, wrapped in colorful fabric, at her feet. What follows is the tumultuous, heart-wrenching story of one family's struggle to understand a child whose spirit is both gentle and mysterious. Raised by a distant father and an understanding but overprotective mother, Vivek suffers disorienting blackouts, moments of disconnection between self and surroundings. As adolescence gives way to adulthood, Vivek finds solace in friendships with the warm, boisterous daughters of the Nigerwives, foreign-born women married to Nigerian men. But Vivek's closest bond is with Osita, the worldly, high-spirited cousin whose teasing confidence masks a guarded private life. As their relationship deepens--and Osita struggles to understand Vivek's escalating crisis--the mystery gives way to a heart-stopping act of violence in a moment of exhilarating freedom." 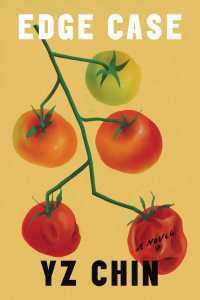 "After another taxing day as the sole female employee at her New York City tech startup, Edwina comes home to find that her husband, Marlin, has packed up a suitcase and left. Did he give up on their increasingly hopeless quest to secure their green cards and decide to return to Malaysia? Was it the death of his father that sent him into a tailspin? Or has his strange, sudden change in personality finally made Marlin and Edwina strangers to each other? Searching the city for traces of her husband, Edwina sifts through memories of their relationship, hoping to discover the moment when something went wrong. How much she is willing to sacrifice in order to stay in her marriage-- and in America?" 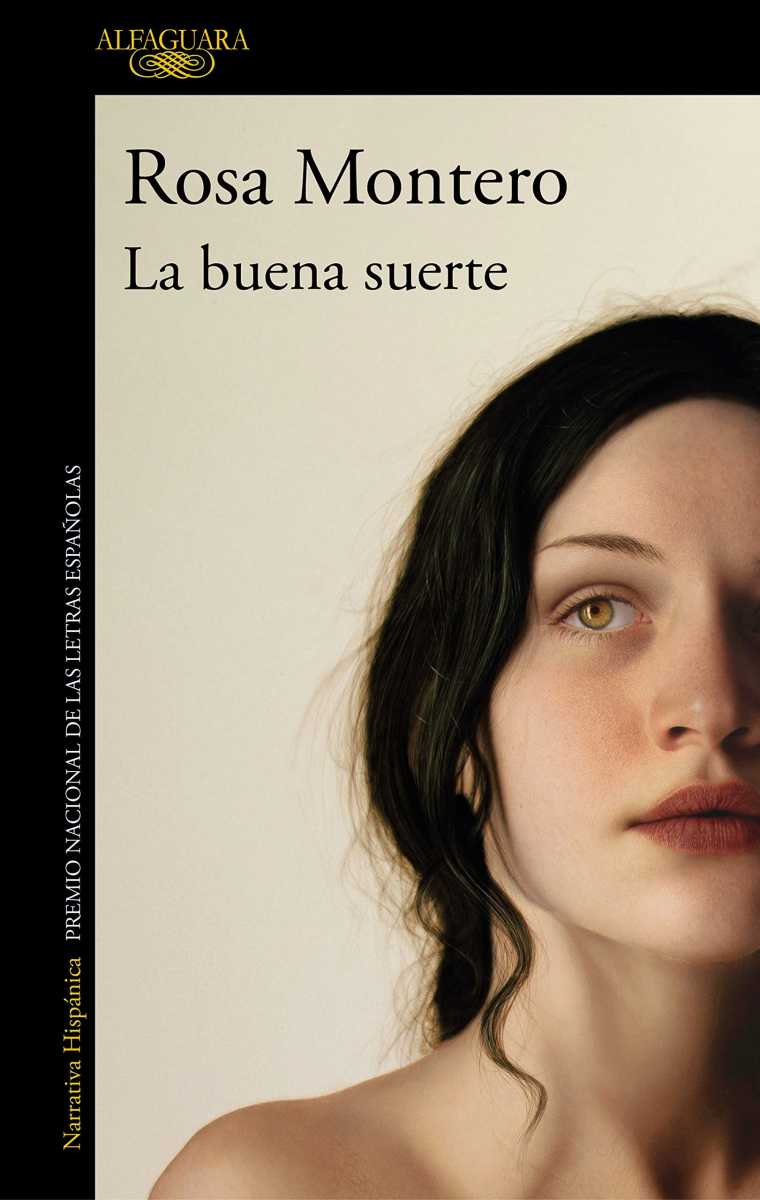 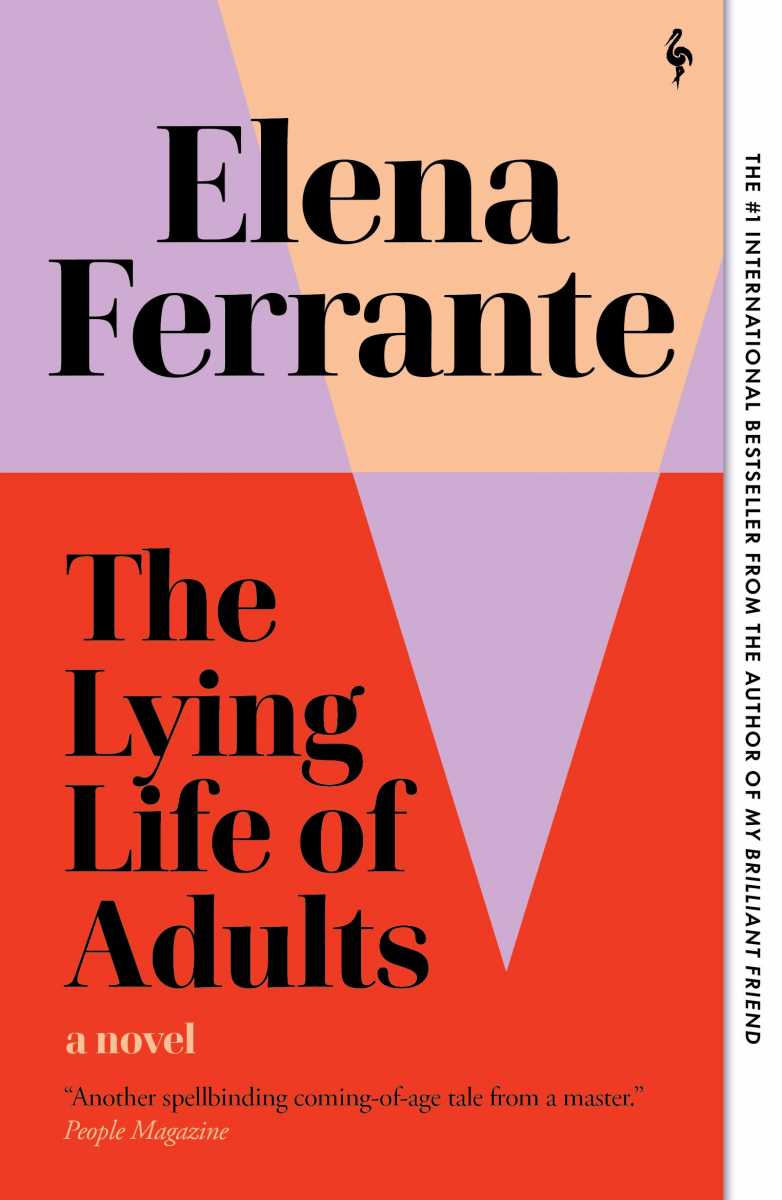 Lying life of adults by Elena Ferrante ; translated from the Italian by Ann Goldstein

“Giovanna's pretty face is changing, turning ugly, at least so her father thinks. Giovanna, he says, looks more like her Aunt Vittoria every day. But can it be true? Is she really changing? Is she turning into her Aunt Vittoria, a woman she hardly knows but whom her mother and father clearly despise? Surely there is a mirror somewhere in which she can see herself as she truly is. Giovanna is searching for her reflection in two kindred cities that fear and detest one another: Naples of the heights, which assumes a mask of refinement, and Naples of the depths, a place of excess and vulgarity. She moves from one to the other in search of the truth, but neither city seems to offer answers or escape.” 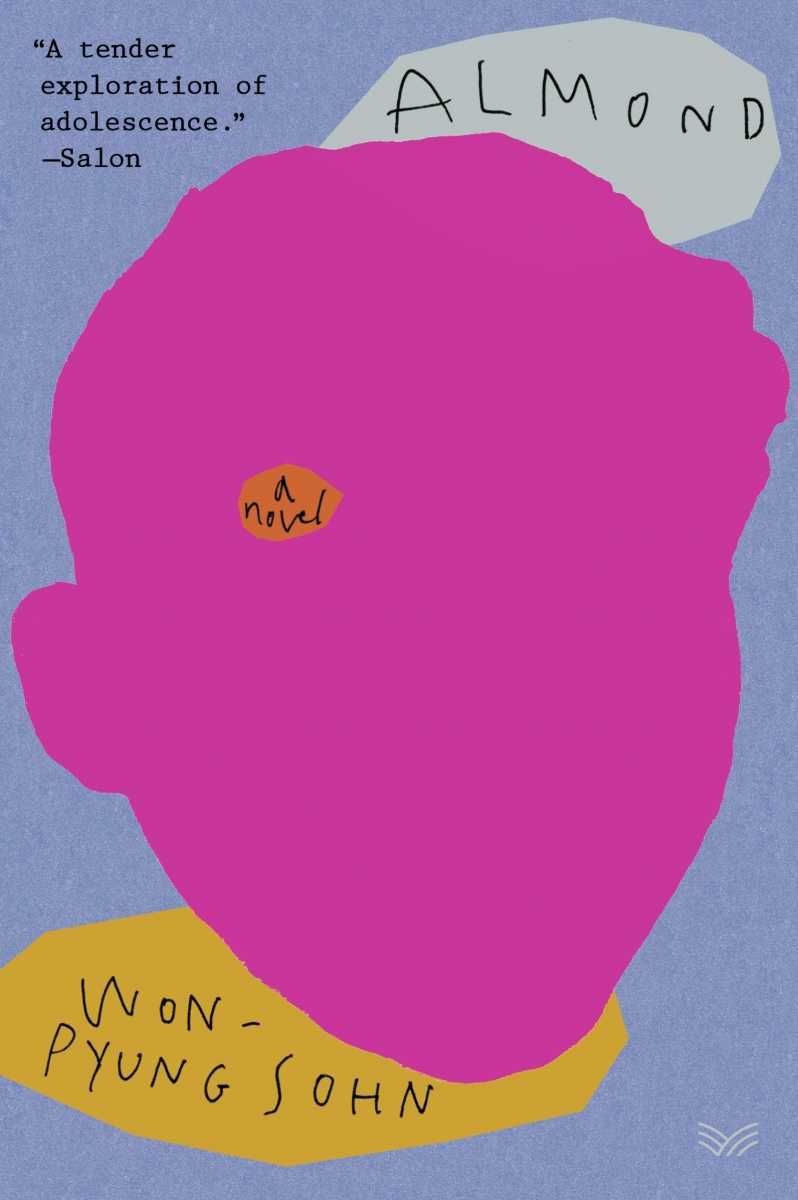 Almond : a novel by Won-Pyung Sohn ; translated from the Korean by Sandy Joosun Lee

“Yunjae was born with a brain condition called Alexithymia that makes it hard for him to feel emotions like fear or anger. He lives with his mother and grandmother above their used bookstore, decorated with colorful post-it notes that remind him when to smile, when to say "thank you," and when to laugh. When a shocking act of random violence shatters his world, it leaves him alone and on his own. Yunjae retreats into silent isolation, until troubled teenager Gon arrives at his school and begins to bully Yunjae. After learning they have more in common than they realized, the two strike up a surprising friendship.” 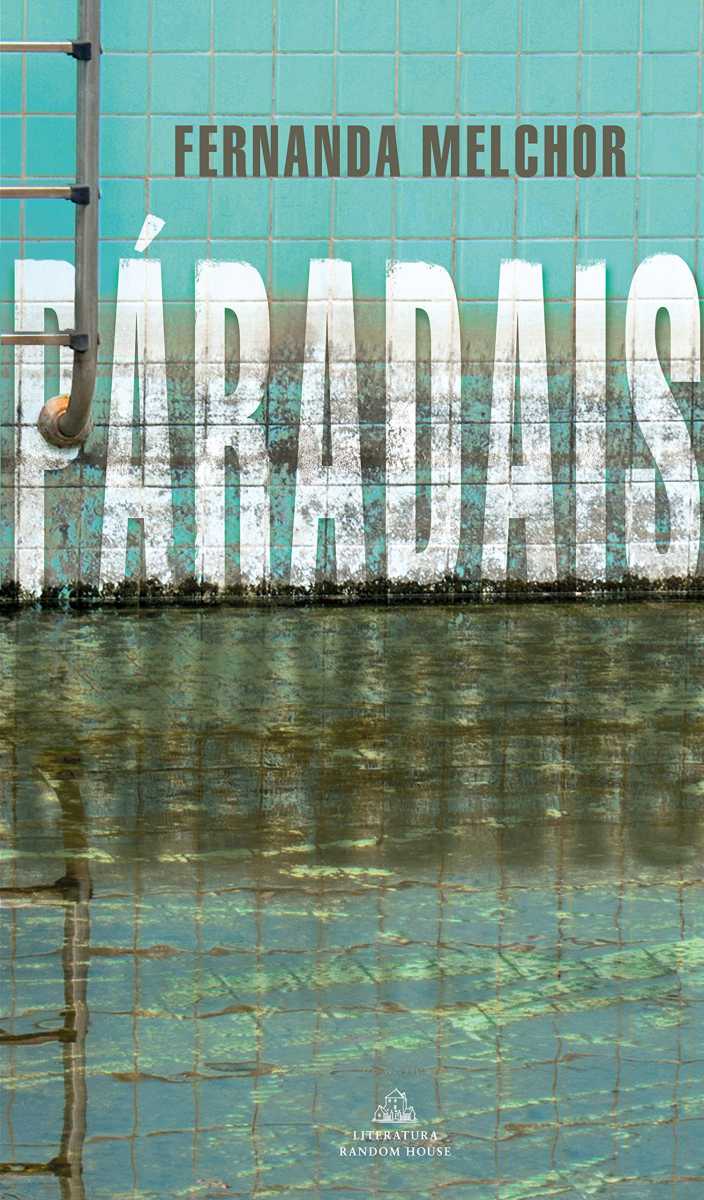 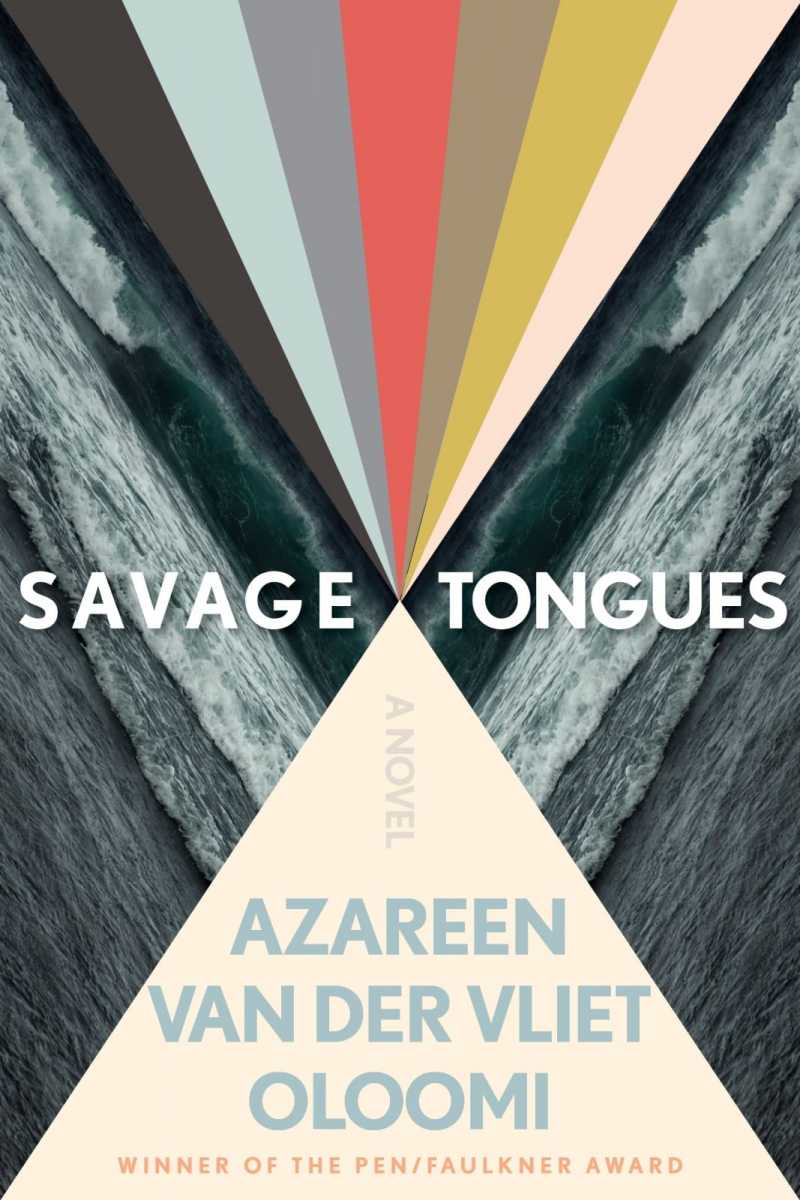 "A new novel by PEN/Faulkner Award winner Azareen Van der Vliet Oloomi-"if you don't know this name yet, you should" (Entertainment Weekly)-about a young woman caught in an affair with a much older man, a personal and political exploration of desire, power, and human connection. It's summer when Arezu, an Iranian American teenager, goes to Spain to meet her estranged father at an apartment he owns there. He never shows up, instead sending her a weekly allowance, care of his step-nephew, Omar, a forty-year-old Lebanese man. As the weeks progress, Arezu is drawn into a mercurial, charged, and ultimately catastrophic affair with Omar, a relationship that shatters her just at the cusp of adulthood. Two decades later, Arezu inherits the apartment. She returns with her best friend, Ellie, an Israeli-American scholar devoted to the Palestinian cause, to excavate the place and finally put to words a trauma she's long held in silence. Together, she and Ellie catalog the questions of agency, sexuality, displacement, and erasure that surface as Arezu confronts the ghosts of that summer, crafting between them a story that spans continents and centuries" 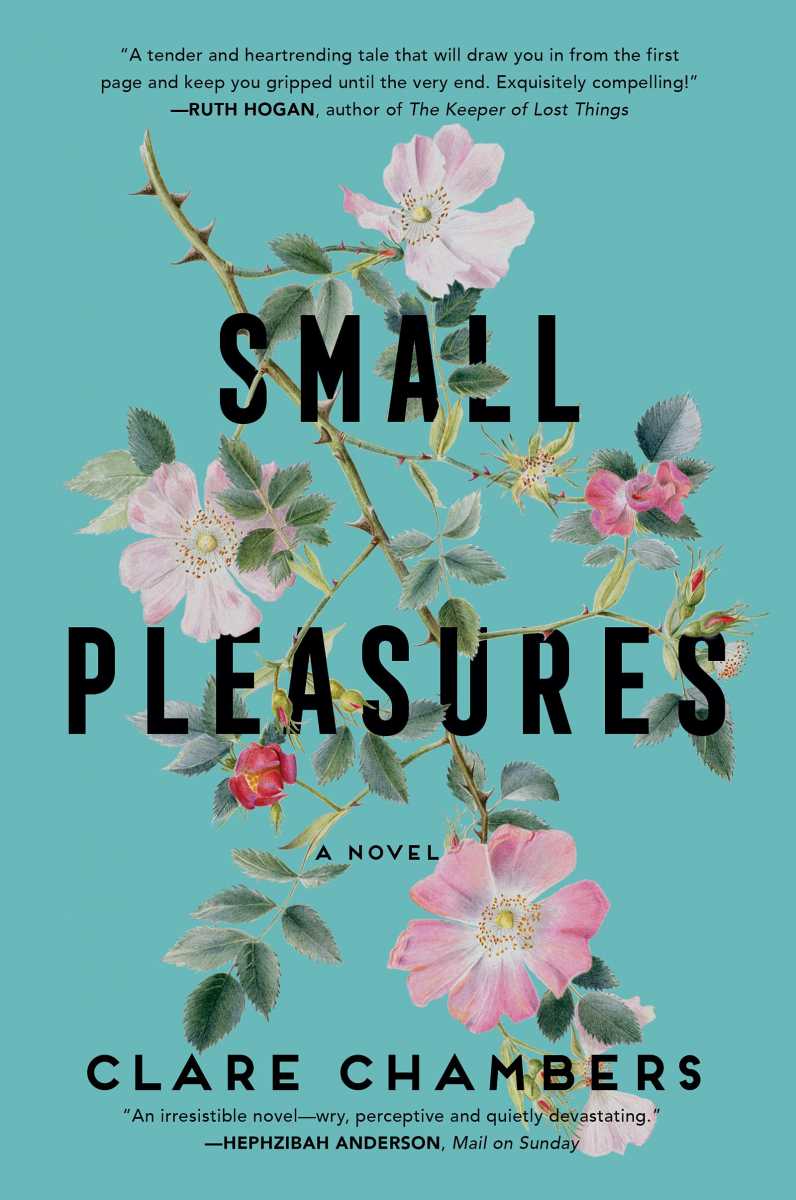 "When Gretchen Tilbury claims that her daughter is the result of a virgin birth, Jean Swinney, a feature writer on a local paper, sets out to prove whether Gretchen is a miracle or a fraud-an investigation that sends dark ripples across all their lives with unimaginable consequences."